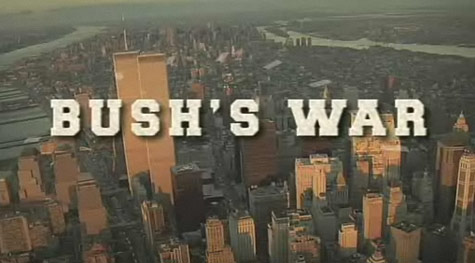 Back in January 2001 The Onion satirically told us Bush’s plan to end the US’s “Long National Nightmare Of Peace And Prosperity”. It’s scary how accurate they were.

“My fellow Americans,” Bush said, “at long last, we have reached the end of the dark period in American history that will come to be known as the Clinton Era, eight long years characterized by unprecedented economic expansion, a sharp decrease in crime, and sustained peace overseas. The time has come to put all of that behind us.”

In October of last year first lady of the United States of America, Laura Bush, related at a national book Festival Gala that her husband “Miserable Failure” George W. had written her the following poem.

Roses are red,
violets are blue
oh my lump in the bed,
how I’ve missed you.

Roses are redder,
bluer am I
seeing you kissed
by that charming French guy.

The dogs and the cat
they miss you too,
Barney’s still mad you dropped him,
he ate your shoe.

The distance my dear
has been such a barrier,
next time you want an adventure,
just land on a carrier.

Despite the fact that this poem seems like something of caliber that George W. Bush might actually be capable of, it turns out that in fact — he did not write it. The following is an excerpt from NBC NEWS’ MEET THE PRESS’s interview of Laura Bush by journalist Tim Russert.

MR. RUSSERT: Now, who could have written that poem, huh? I mean, what…

MRS. BUSH: Well, of course, he didn’t really write the poem. But a lot of people really believed that he did. That evening at the dinner, what some woman from across the table said: “You just don’t know how great it is to have a husband who would write a poem for you.”

MR. RUSSERT: Lump in the bed? What…

MRS. BUSH: Well, he did really call me that, of course, but…

MR. RUSSERT: Land on a carrier and you paid him back a little bit, huh?

It’s not exactly like lying to congress and / or starting a war, and this is the first lady we are talking about here, not the President, but it stills makes me ponder — why the lie?

“The presumption now has to be that he’s lying any time that he’s saying anything.” So says Ray McGovern, who worked as a CIA analyst for 27 years.

When are the people of the United States going to seriously start talking about impeachment? At least an election is just around the corner.