Every year the University of Lethbridge has an awards night for all the athletes on all of the sports teams. Last night was the awards night for the 2004/05 season – and a pretty crazy night. I have to say, the awards themselves were probably the most boring part of the evening.

We met at a pub for a pre-party swim team gathering where some of the girls gave out presents to the other swimmers. Brock and I got (in my opinion) the best presents. We each got a framed Speedo with our names engraved on the frame. It’s kind of hilarious because I would never wear such a small suit, but at the same time – technically it would fit me.

I guess a couple of the girls had a few shots of absinthe before they came and consequently they were very intoxicated. One of the girls was particularly drunk and as we left the pub she asked everyone in the room if she could get a “woo woo”. Then after high-fiving everyone in the bar twice we were finally able to leave. After the ceremony was over we hung out at the Zoo (the University Pub) for a bit. That got old so I loaded up my Jeep with a bunch of party animals and headed to the Roadhouse – a bar on the Southside. I have to say, I normally don’t take that many people in the Jeep, but they were anxious to party and I was the only one able to drive.

On the way, while we were stopped at a traffic light we watched as an AMA tow-truck hit a pedestrian! We couldn’t believe our eyes. I wasn’t sure if he really had been hit or if he just fell over but when the tow-truck turned on its flashing lights and we pulled off the road to investigate, it turns out the guy really had been hit. He had a little bruising and some scraps but he was okay. I guess the saying that there are only two types of pedestrians may have some merit…. (ie. The quick and the dead). A ghost-car pulled up to the scene with lights flashing about two minutes later and seeing as everything was under control, we bolted. Besides, I didn’t want to get busted for not having enough seat belts.

Next we made a quick stop by my house so I could change into something less formal and to take a look for a gift certificate that I won a while ago. I never found the gift certificate but when I came back outside I did discover one very drunk girl running up the street sans shirt. Crazy. I’ve seen her a little drunk in the past but this was incredible.

All in all it was a fairly fun night. I guess I should probably get out more, but rarely going out makes nights like last night all the more memorable. 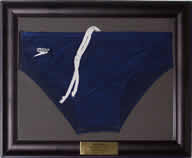