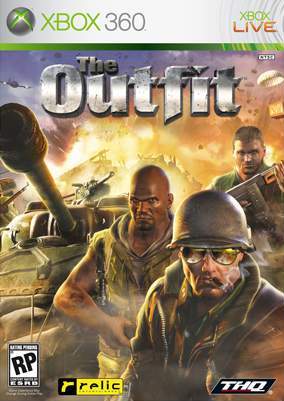 The OutfitÂ game for Xbox 360 is now in stores.

Last year I had the opportunity to be a small part of the creation process, helping with the motion capture setup and then again later as a production assistant. I saw a copy of the game on Friday and sure enough, my name is in the credits.

About a month ago the developers started posting a blog about the conception and realization of the game; it’s interesting to read the posts from some of the great people that I met in Vancouver.

Of course, I still haven’t actually played the game yet, but the reviews I’ve read so far have been positive.