I occasionally get into a streak where I love playing board games and my absolute favorite game to play on a cold autumn afternoon is Parker-Brother’s classic real estate trading game, Monopoly. I played yesterday with my family and though at some points it was give or take whether I would pull through, in the end, I won it all!

Disappointed by the lack of good strategy guides in a cursory search for “monopoly strategy”, I’m convinced there is a definite need for someone to get the good information out there, so I’ll do what I can in my limited knowledge. Some interesting facts and lesser known rules about Monopoly: 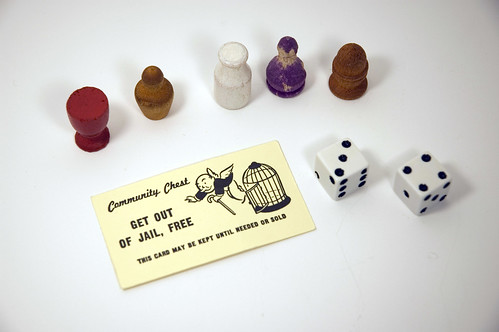 To finish off this post, I’ve got a question that doesn’t appear to be answered in the rule book. Perhaps some of the more clever readers here will enlighten us with their opinions in the comments. It’s a fact that, if the owner of a property fails to ask for his/her rent before the second player following the one who landed on the property throws the dice, the debt is uncollectible.