As a private with the 106th Infantry Division, Kurt Vonnegut, along with five other battalion scouts, wandered behind enemy lines for several days during the Rhineland Campaign and became cut off from their battalion. They were captured by Wehrmacht troops on December 14, 1944 and imprisoned in Dresden, Germany.

While a prisoner, he witnessed the controversial fire bombing of Dresden in February 1945 which destroyed most of the city. The Germans held Vonnegut in an an ad hoc detention facility that had originally been an underground slaughterhouse meat locker. This experience was the inspiration for his famous novel, Slaughterhouse-Five.

A month later he wrote his family from a repatriation camp informing them of his capture and survival: 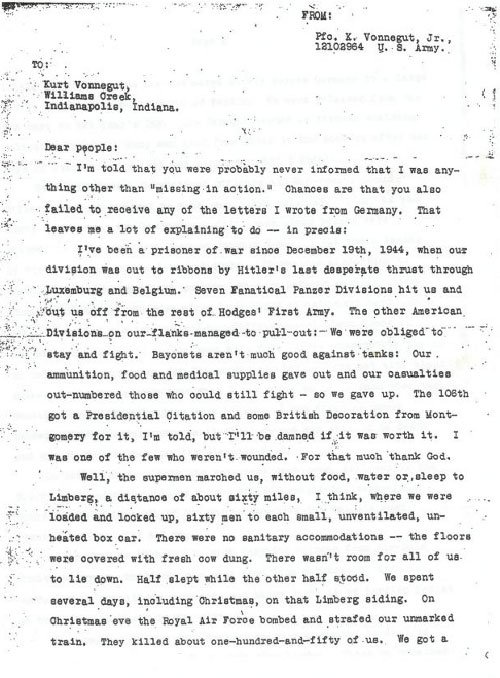 See the rest of the letter at Letters of Note – Slaughterhouse Five.