I went to Castle River Rodeo Campground again this year with my good friend Andy for the long weekend kayaking festival. This was my 6th year participating in the event and once again it was a really good time. 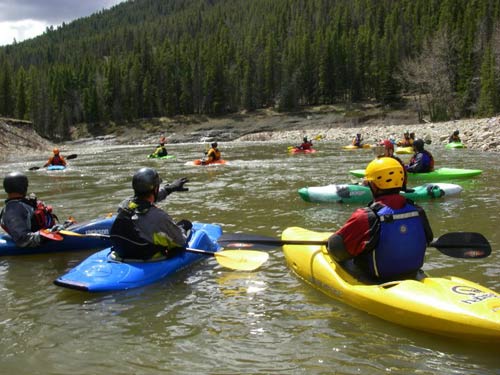 Organizer, Chuck Lee, and his crew of volunteers put on a great event each year with all sorts of river runs and clinics available for paddlers of all levels. Andy and I hit up the “Upper-Upper Old Man” and also the section known as “The Gap”. We also ran the Castle River Falls and the Castle Canyon run. Here’s a video from near the headwaters of the Old Man River shot on the GoPro HD Hero 960 that I was given for Christmas. (Which I love by the way). 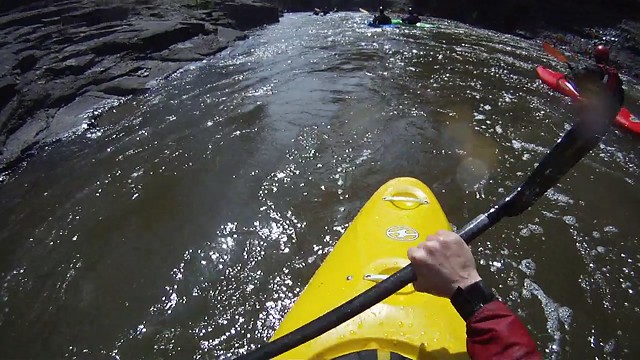 Each year they have a boat stacking competition — we were eliminated in the semi-finals — which is too bad because the winning team each got a brand new helmet. Here we are in a round where we did NOT get eliminated. 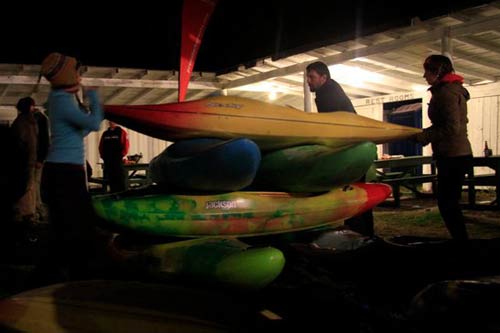 This year I helped start a new tradition that they’re now calling H2O Limbo. Just Liquid Sports provided the prizes in three contests — one for men, women, and kids and I came in second in the mens which earned me a new pair of neoprene gloves! (Thanks Rob) The guy who beat me must have been about 65 years old and could limbo better than just about any guy I’ve ever seen. 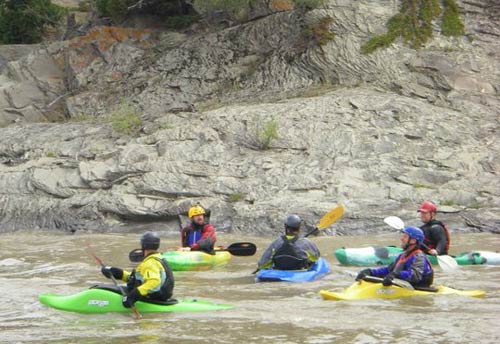 Some dude ran Lundbreck Falls again this year — I did not. Luckily there were no injuries at the falls. Here’s the photo I snapped: And the video from my iPhone (thanks Andy): 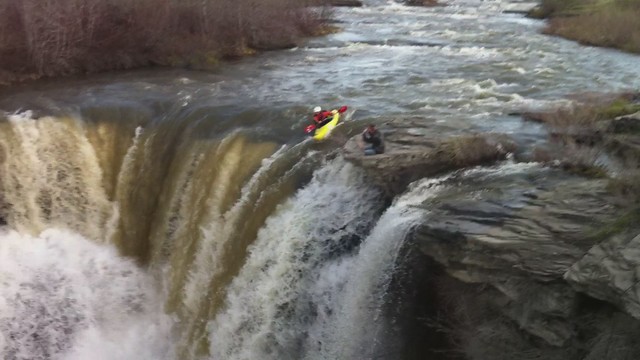 There is a photo of me running the same falls in 2008.

[…] out the video of a kayaker going over a serious waterfall at the bottom of this post. posted by Deron Bauman in adventure, awesome, nature, video | * | […]