In December, the United States announced a new branch of the military, The Space Force. Today they released the logo for the new service and a lot of people are talking about how it looks like the logo from StarFleet.

President Trump appeared to unveil the new US Space Force logo — and it bears an uncanny resemblance to the "Star Trek" insignia https://t.co/XXb6HSkKmV pic.twitter.com/RNrymkfj8N

I did a quick search and as much as it tickles my biases to make fun of the logo, it’s fair to say Star Trek copied real life space organizations rather than the other way around.

This collection of Star Trek logos shows that Trek did a bit of borrowing from NASA and the United Nations. 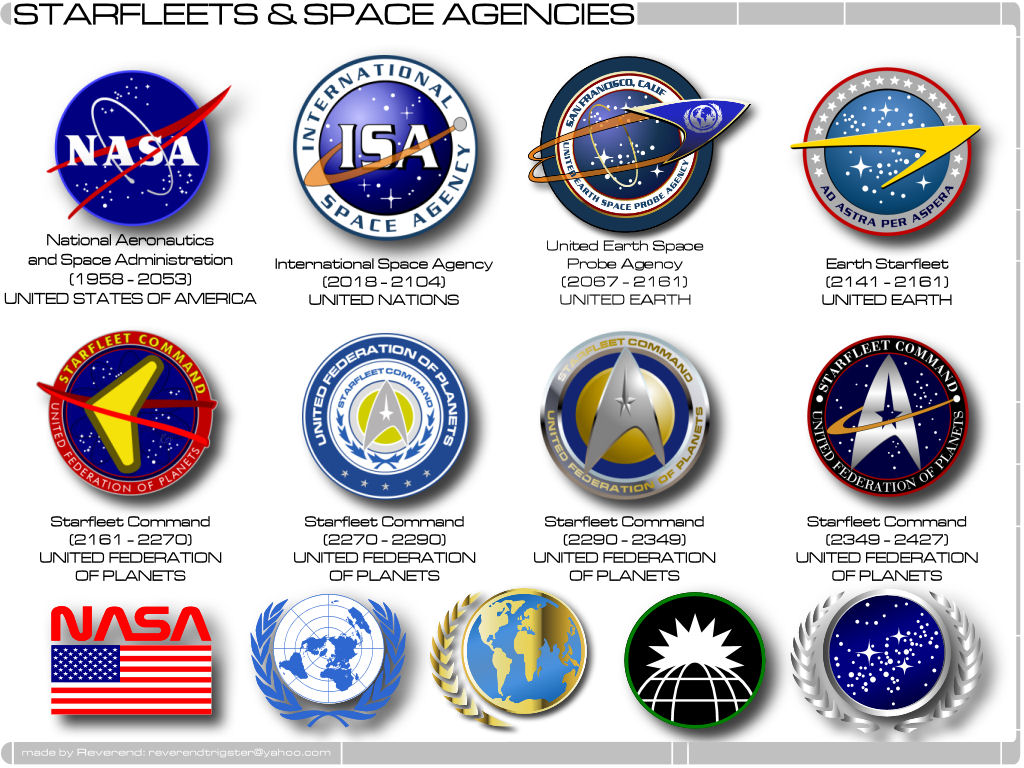