A couple of weeks ago I watched the movie “Driven” about John DeLorean and his run in with the law. It was an ok movie but not as exciting as I had hoped. I still liked it but I was hoping for something more like Ford vs. Ferrari.

Anyway, last night I happened to watch Back to the Future and felt particular appreciation for the genius idea to use a DeLorean as the time travel vehicle. It was perfect, right down to the fact the DeLoreans were/are notoriously unreliable which added to the suspense as lightning is moments away from striking and Marty can’t get the car started.

Anyway, after the movie was over I was grooving on Huey Lewis’ “Back in Time” and watching the credits roll when I noticed the name Ron Cobb beside the words, “DeLorean Time Travel Consultant”. What does that even mean? I did a quick search and found Ron Cobb’s website and wikipedia entry. It turns out he designed the concept for the DeLorean Time Machine. I also learned that unfortunately, he died just last year on his 83rd birthday, from complications of Lewy body dementia. From Wikipedia:

It’s really neat to see the prop schematics for the DeLorean Time Machine. It’s extra fascinating to read all the names of the different time travel components. Be sure to check out the original design of the flux capacitor. 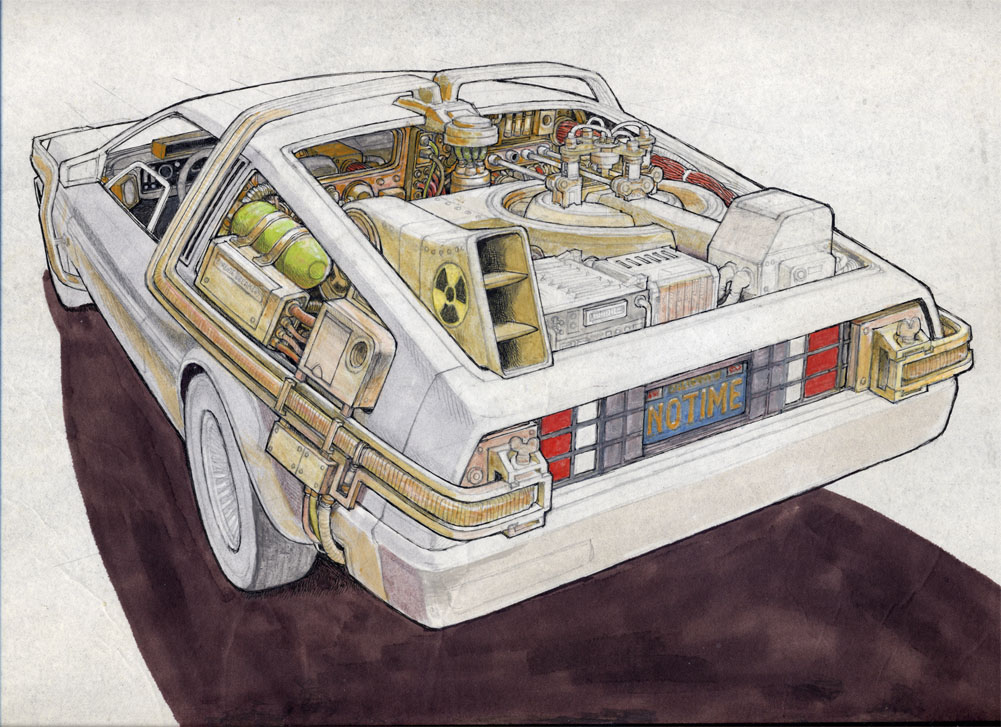 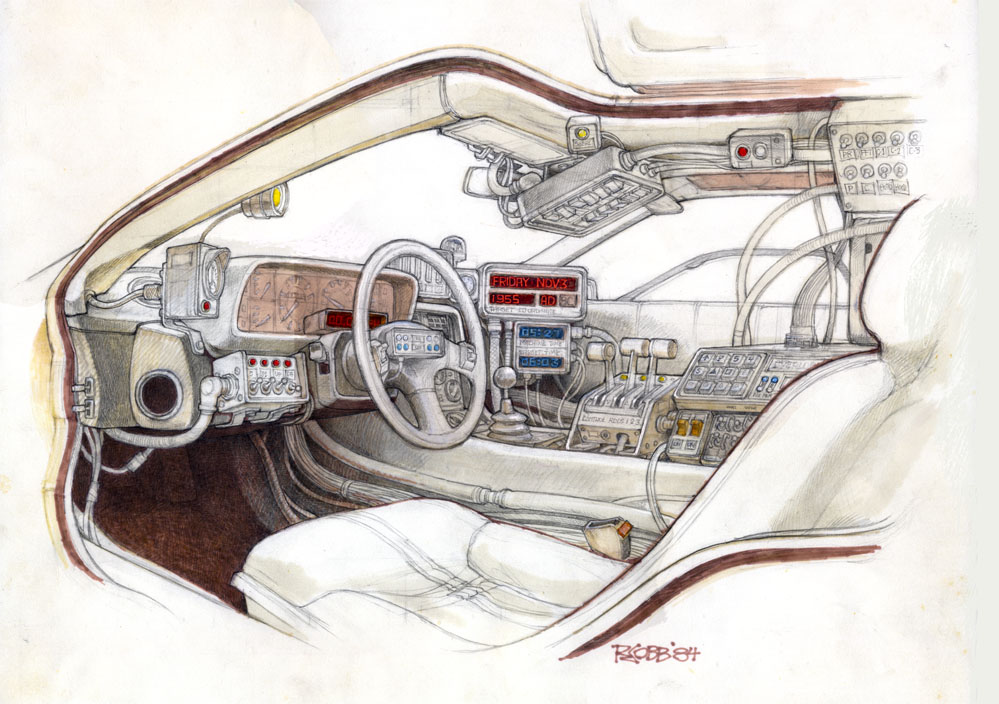 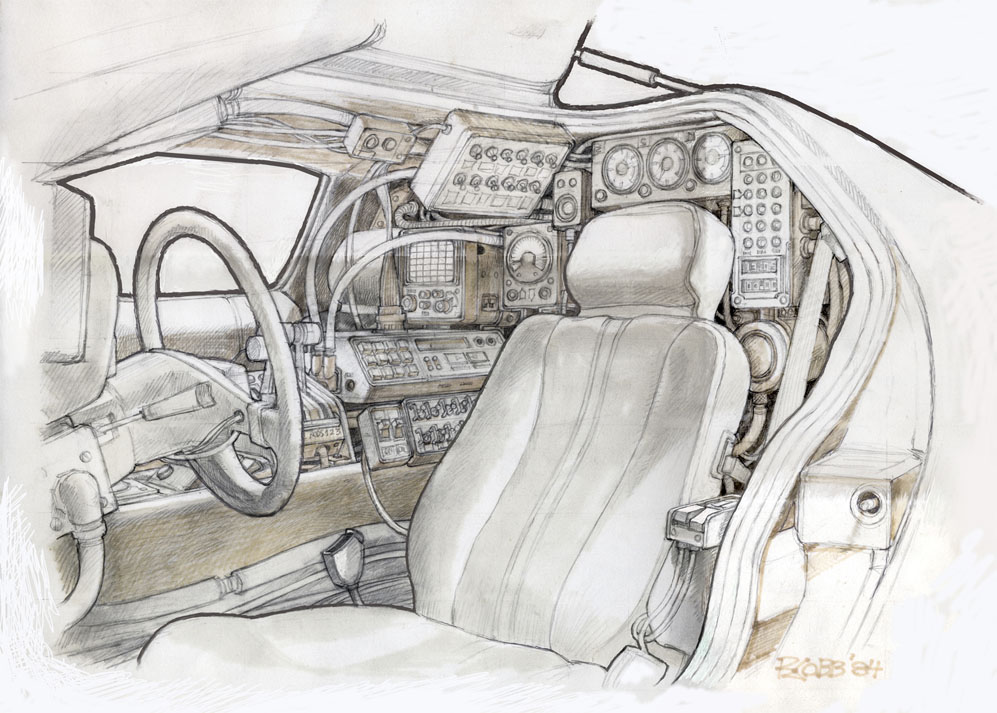 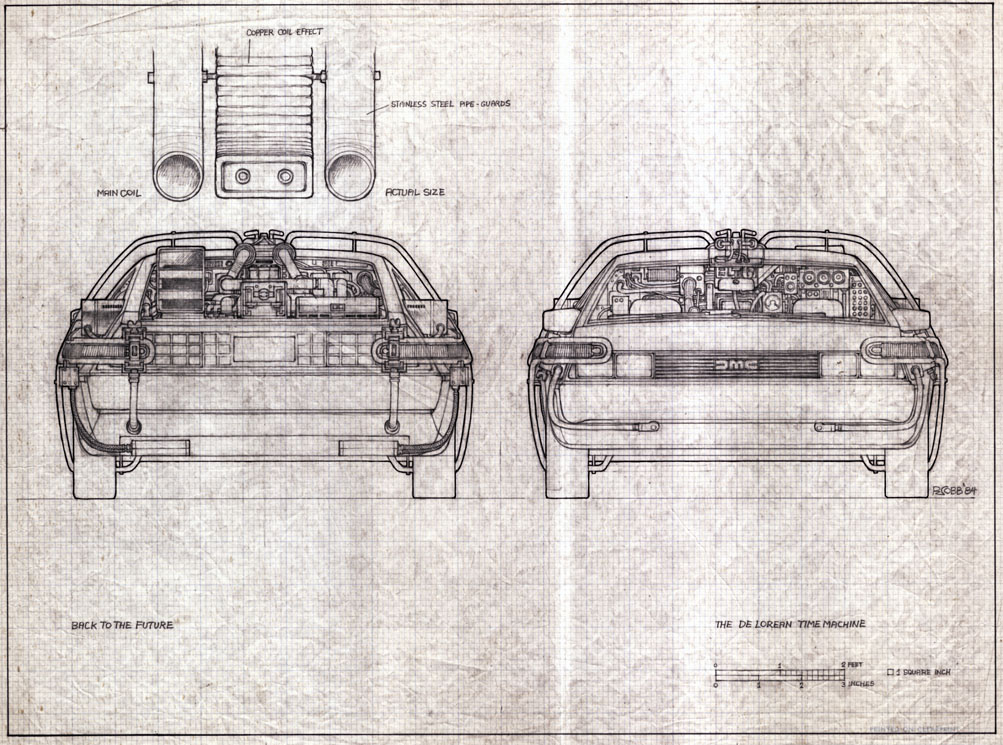 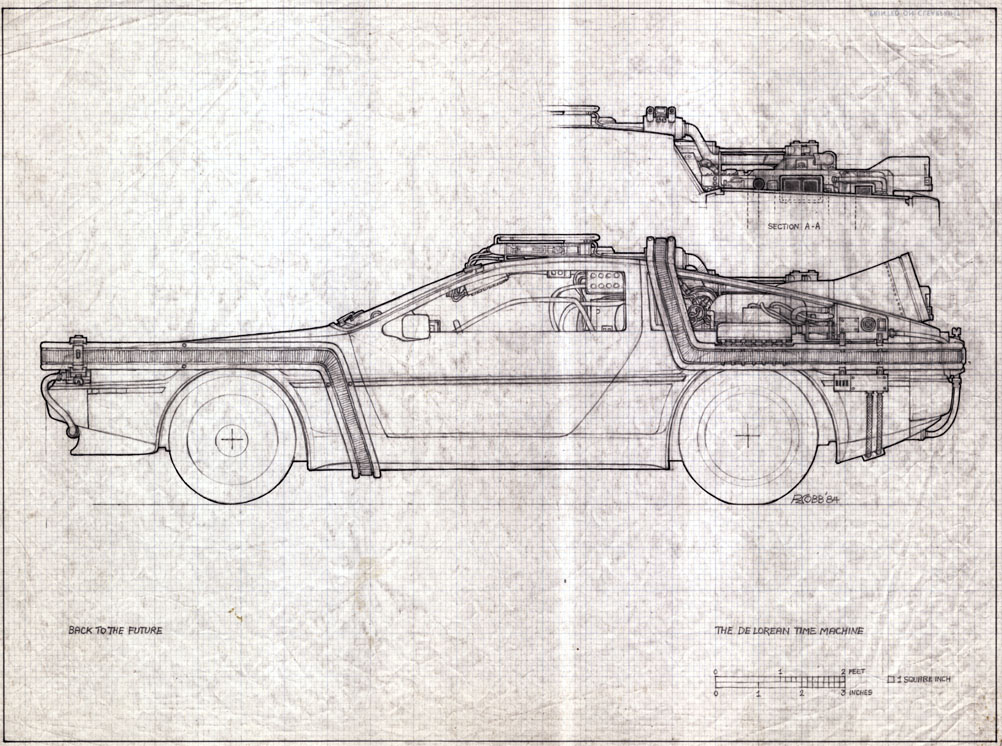 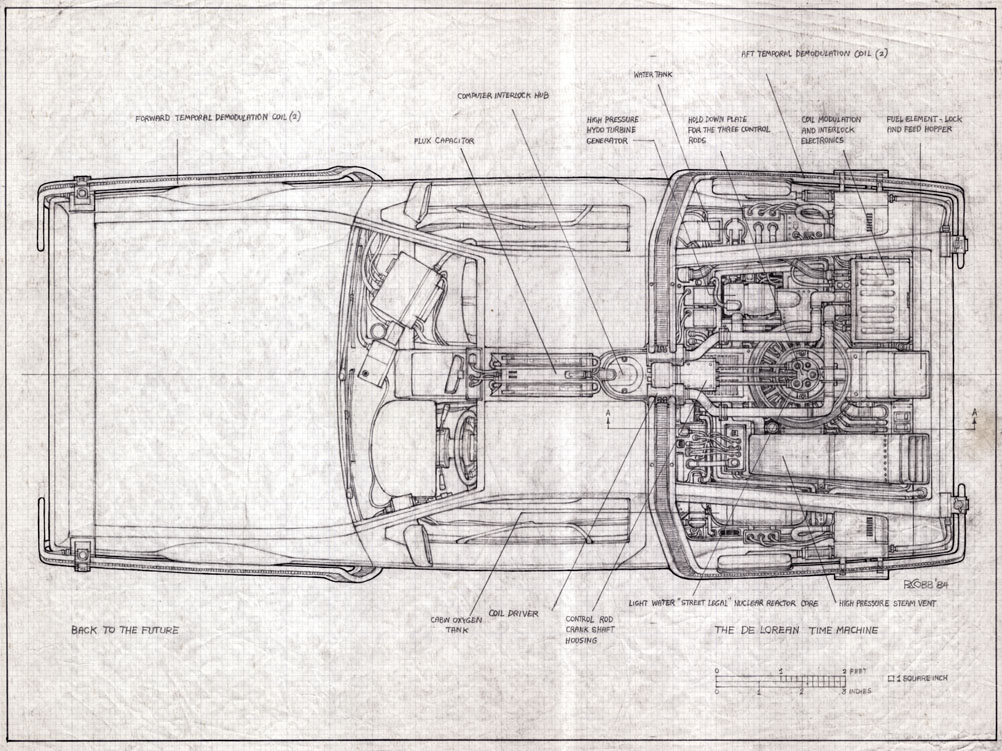