I just received a copy of the book, “Political Tribalism in America” in the mail today. Subtitled, “How Hyper-Partisanship Dumbs Down Democracy and How to Fix it” this book (Amazon.ca) by Timothy J. Redmond includes a paragraph on the expectation bias and uses my backmasking page as an example of how being primed can change your perception. 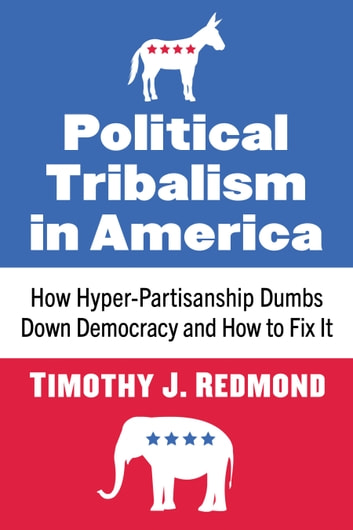 The expectation bias occurs when our expectations about an outcome influence our perceptions of that outcome. To illustrate this point, go to http://jeffmilner.com/backmasking/stairway-to-heaven-backwards.html, click on the “play forward” button, listen to the clip of Led Zeppelin’s “Stairway to Heaven”, and follow along with the accompanying lyrics (Figure 4-2). Trust me. It’s well worth the effort.

After walking through my backmasking page, he goes on to compare the priming one needs to hear the backward message to the priming we bring with us when we watch the news.

And as supposed backwards messages in rock music go, so go allegations of media bias. When Democrats and Republicans expect to find partisan biases in the news, they tend to find them. A study by Matthew A. Baum and Phil Gussin presented subjects with a transcript of a news report on the 2004 presidential election between Republican George W. Bush and Democrat John Kerry, and asked them to evaluate whether the material was favorable, neutral, or unfavorable toward either of the nominees. Each participant received an identical transcript that was painstakingly crafted to be balanced “in terms of positive, negative, and neutral references to the candidates.” The first section of the transcript, reproduced below, is a case in point (bracketed remarks are mine).

Good evening. We start tonight with the presidential candidates on the attack [neutral]. Today with just 13 days left in the campaign, John Kerry was explaining why he believes the president does not understand the problems of ordinary people [anti-Bush] while, for President Bush, the message was mostly about why Senator Kerry’s plans will leave Americans worse off [anti-Kerry]

But there was, of course, a twist. While the content of each transcript was the same, some subiects were told that the news report originated from CNN while others were informed that it came from Fox News. The result? Participants who believed that CNN was liberal concluded that the CNN version of the transcript favored John Kerry. Yet those who presumed that CNN was conseryative thought that the CNN news report was partial to George Bush.

Likewise, those who considered Fox News to be conservative, maintained that the Fox News version of the transcript favored Bush, while those who believed that Fox News was liberal concluded that their report privileged Kerry.

He went on to explain that some of the priming comes from party leaders themselves.

In a 2010 study. political scientist Jonathan Ladd similarly found that Democrats and Republicans were more likely to evaluate the media as biased when they were told that their party leaders believed that the media was “being too friendly with President Bush” or “being overtly critical of President Bush,” respectively. We see what we expect to see.

The scientific evidence belies the charge that the mainstream media is infused with a partisan bias. Unfortunately, when we’re repeatedly told otherwise, we expect the media to be slanted and will discern it as such. Thus, if we want to perceive the news media more clearly, we must first relieve ourselves of the expectation bias. For if we heed the scientific evidence — as opposed to the screeds of politicians or pundits — we might just start to see things a little differently.

I look forward to reading the rest of it.