It took me quite a few attempts but even though it’s not perfect I’m ready to move on to the next lesson because I don’t want to fall behind. I started this one completely from scratch and I find it interesting how I kept making the same mistakes. I’ve pretty much cleaned up a lot of what was wrong before, but it’s amazing how the small differences continue to show up so dramatically in the animated overlay.

In lesson three, John asks us to overlay our drawings on top of Preston Blair’s and identify differences. Here are mine:

Any other inconsistancies that I missed?

Here are some different angles of the bear from the first page of Preston Blair’s book. I did this set this morning and I’m going to start lesson three this afternoon. 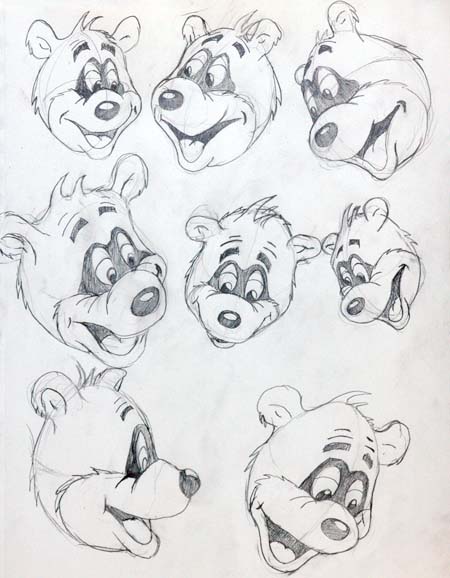 Here are some more drawings in an attempt to improve my cartooning ability. Compare these with the lesson page. 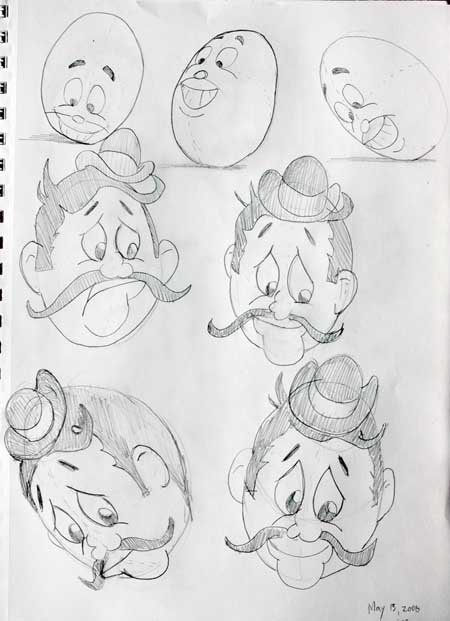 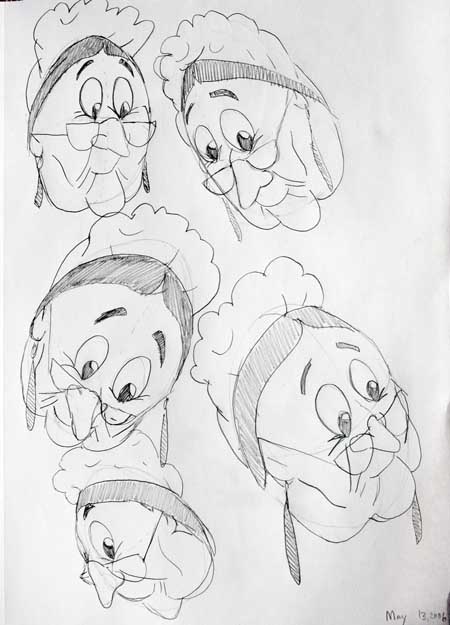 What I find so rewarding about these particular drawings, is that instead of looking at an original image in any given pose and replicating it (something I feel fairly confident at doing), here I am taking an original pose and changing it into other poses—it creates a stronger feeling of ownership even though they aren’t my characters.

I’ve been having a great old time this afternoon drawing my heart out and listening to Clay Kaytis’s Animation Podcast. 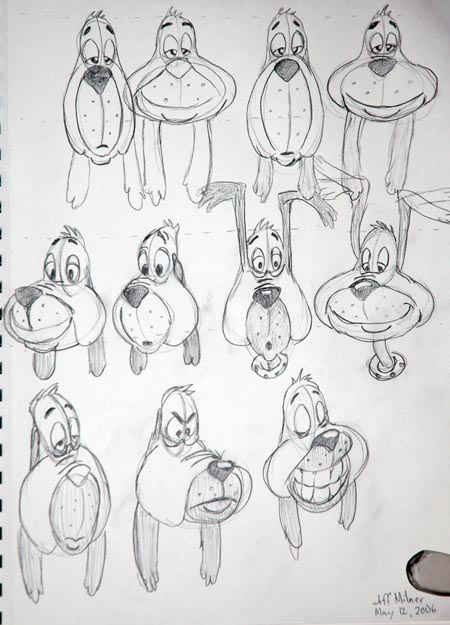 You can go to animation school, spend a $100,000 and not learn a damn thing about the basics of good animation drawing-OR you can buy a Preston Blair book for $8 and learn it all in a couple months. You pick.

Just about every cartoon being made today is based on the principles and style of cartoons made in Hollywood in the 1940s—Anime, Cartoon Network flat stuff—even the Simpsons. The only difference is, that some of the principles that make the classic stuff look so good have been lost. The new cartoons are all a degeneration of what cartoons once were—a superficial copy of them—even though many off the artists drawing today don’t even know they are copying—but copying wrong—styles and trends and principles of what developed from the animated cartoons of the Golden Age.

John feels that one of the best ways to learn is by studying master animator Preston Blair’s book, “Animation”.

I decided to take a whirl at the first lesson, by drawing the cartoon characters from the book. Here are my first drawings: 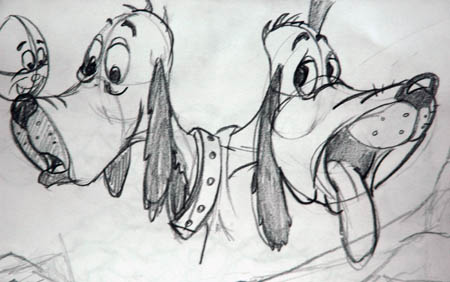 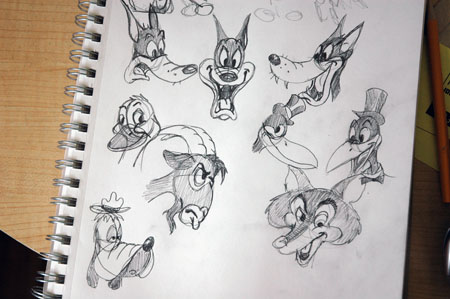 If you’re up to it, you can give the first lesson a try too. It’s easy when you follow the instructions.

Fans of Ren and Stimpy will probably enjoy this Yogi Bear parody by John Kricfalusi. It’s a parody of the old Hanna Barbara Ranger Smith/Yogi Bear cartoons in which Boo Boo finally snaps after years of being such a straight arrow.

Get it while it lasts because knowing YouTube, this won’t be online long, once it gets noticed.

Rated TV7, which I’m guessing means for seven year olds? Well, whatever, it aired on Adult Swim, so your mileage may vary. 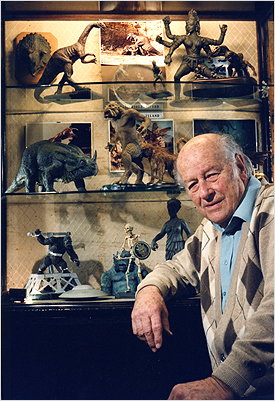 For the last couple weeks I have been looking forward to hearing legendary visual effects artist Ray Harryhausen speak tonight at the University. I was hoping to take my camera and get a few shots of his stop motion armatures. I even picked up a couple of extra tickets for my parents, whom are going to be in town tonight—this was going to be a source of some much needed excitement. The only catch is, Mr. Harryhausen isn’t actually going to be here.

I first thought something was odd last week when I read on the tickets, “A VIRTUAL APPEARANCE BY RAY HARRYHAUSEN”, but I figured it had something to do with the title of the lecture, Grand Illusions. Upon re-reading theÂ lecture descriptionÂ it hit me like a ton of bricks that the real grand illusion was the fact that Ray Harryhausen would only be making a virtual appearance, as in live via satellite from Los Angeles. 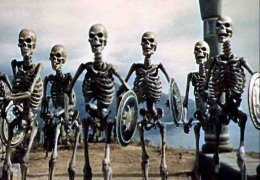 I hate to be a stick-in-the-mud and I’ll see what my folks think but I’m probably not even going to go. Frankly, I wouldn’t be much more disappointed if I’d just discovered they were merely showing a DVD interview with Mr. Harryhausen. Why would they bother paying him to speak, if they couldn’t afford to actually bring him here.

I’ve been to virtual lectures before, and they really leave a lot to be desired.

Now I know why there were so many tickets left over; I now also know why they are free. You get what you pay for I guess.

I love the retro pixilated feel of the music video Move Your Feet.

There is a lot to admire in here including the great squash and stretch and excellent easing in and out.

It’s just another example showing that the complexity of the artwork is independent of the quality of the animation.