I just read a “review on Cars” by Michael Howe and in case it’s hard to tell, I’m so excited to see this film I’m about to explode!

It’s been over 1 ½ years since Pixar released their last film and — if anything — that last extra half-a-year has probably added to a growing eagerness to see this film. In this day and age, it’s difficult to find decent films, let alone those that will leave families feeling that their hard-earned money was well spent. For those who may be wondering, “Cars” is definitely worth it and more. Pixar has never talked down to their audiences, and it shows. The parents will get some of the jokes, and the kids will laugh at some, and then later — when they grow up — they’ll go “Oh, that’s what he meant.” I’m already planning to see it again with my friends when it comes out, and I know they’ll enjoy it as well. Personally, this is the first time this year I’ve been so eager to put down $9.50 to see a movie again!

Update: Ok, I went to see the show last night and I absolutely loved every minute of it. Actually there was one thing I did not love but I’ll get to that in a moment.

First off the technical aspects of the movie, (ie. the rendering and animation) are brilliant. Pixar has really outdone themselves on this one; if it wasn’t a great story, this movie would still be fun to watch just for the amazing imagery. The animation was also extremely well done. I love how something as stiff and inflexible as a car normally is can be turned into a living personality with feelings and emotions all the while keeping the cars realistic by not turning them into some kind of mushy mess.

You’ve also got to love the personalities in this movie. They all have their perfect place and I didn’t feel that any one character was overdone. I agree with Michael Howe’s review that Paul Newman did a particularly fantastic job as Doc Hudson, The Hudson Hornet. It was a magical moment seeing Doc race around the dirt track hitting that turn just right.

But the thing about this movie is that it’s FULL of magical moments. Every character has their moment and their chance to shine.

Now for the one thing that I did not love. I’m the kind of guy that occasionally likes to stay and watch the credits after a movie I liked has reached the end. For a Pixar movie, it’s a given that you’re going to stay to watch the cute “extra” jokes they through in at the end. I was particularly looking forward to it as I’ve heard from some of the early reviews that this movie has some good ones.

The credits came up and before they could even get going—SQUEEEEEEEERTCH! The focus went really bad as the film either jumped off its track or started to bunch up in the projector. Either way the show was over and I didn’t get to see the “post credits” jokes. I guess I’ll have something to look forward to the next time I watch Cars, because it’s worth seeing again. Seriously everyone who goes will love this movie—and if you don’t, well then, it’s time you started to let yourself feel again.

Oh I should also add the One Man Band short, while cute wasn’t nearly as memorable as the Boundin one from The Incredibles. Having said that, one pre-movie bit of entertainment that really stoked my fire was the sneak peak at Pixar’s Ratatouille (Apple Trailer) coming out in 2007.

A couple of years ago I came across a link on Waxy to a TV show pilot titled, “Heat Vision and Jack” produced by Ben stiller and staring Jack Black and Owen Wilson.

Jack Black stars as Jack Austin, an astronaut on the run from NASA after a solar accident makes him the smartest man in the universe. Owen Wilson plays his talking motorcycle. Produced by Stiller, who also appears in the introduction and as a strip club DJ.

It’s a classic in it’s own cheesy way, and now that I’ve found the link, if you’re a fan of Ben Stiller, Jack Black, or Own Wilson, then I think you’d better check out Heat Vision and Jack. (Approximately a 300mb torrent but well worth it)

This afternoon I went out with my friend Steve and his wife Monique to see the movie Syriana. What an amazing show. So often with political thrillers they dumb the story down to nothing more than a glorified spy novel. Syriana embraces the complexity of the corporate and political world and brings it to the screen like no other movie I’ve ever seen. It’s about the USA’s over-reliance on foreign oil, and the morally corrupt situation in which the country has found itself.

Having said that, I should also say that I don’t know a lot of people that I could really give as high of a recommendation for this movie as it deserves. The characters spread out over several seemingly unconnected narrative threads in addition to numerous countries and ideologies. It can get pretty complicated pretty fast if you’re not up-to-date on the depth and scope of the topic. Frankly I’m guessing a lot of people may feel like a hopelessly lost student unable to follow the lecture of a seasoned professor who understands his topic so well, he has a hard time teaching it to beginners.

Which is exactly why I loved this movie. If you watch the Syriana movie trailer and decide you want to see it, I think it will probably surprise you; it’s not typical Hollywood fluff. My friends thought it was “okay” but I think they were both a little disappointed in it. 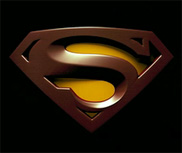 Go ahead and take a moment to see the amazing skills of Takayasu Tanaka: 2005 Yo-Yo Champion. (QT mov)

The distributors plan to start showing the movie in U.S. theatres on June 25, with pay television rights to be handled by Showtime, a partner of Lion’s Gate, AFP said.

Update: Fahrenheit 9/11’s trailer is now online. Also check out reviews from IMDB. Apparently you don’t need to actually have seen the movie to say whether or not you liked it.

… And I feel fine. To end off the year here is the mother of all lists. Have a happy new year!