Today Apple broadcasted their annual special (iPhone) event. While the naysayers came out again this year complaining that in the age of leaks today’s iPhone 11 event would be a disappointment, however, the folks in Cupertino did not let me down. CEO Tim Cook skipped over his usual update to get started right away… Here are the highlights.

Apple Arcade
100 “groundbreaking” (I’m not too sure about that) new games for iPhone, Mac, iPad and Apple TV with new games added each month. It will be interesting to see what it’s like in the free trial period. 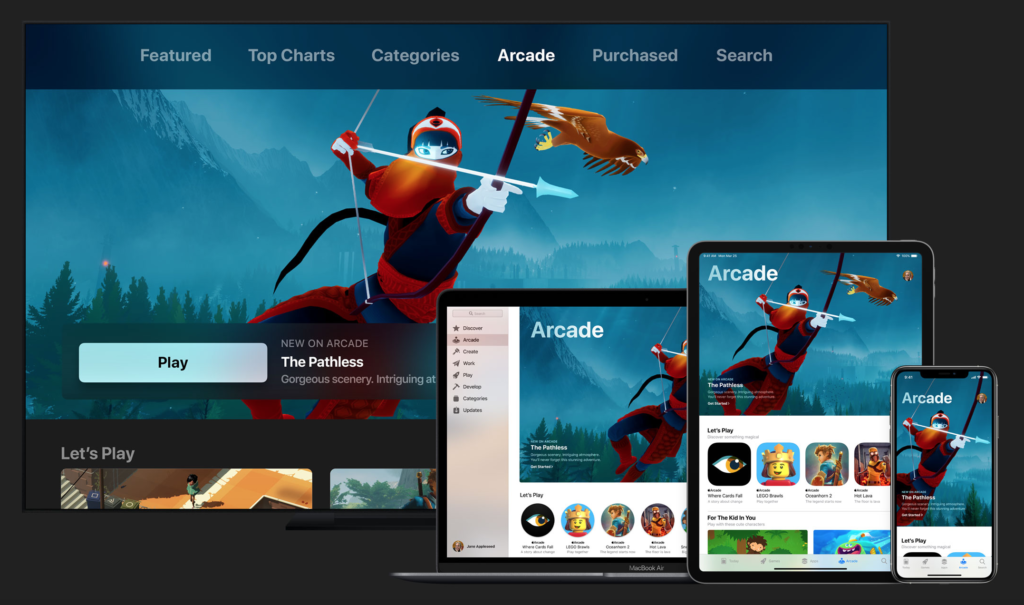 Apple TV+
$4.99USD per month — Free for a year with the purchase of a new iMac, Mac, iPad, or iPhone. Launching November 1. 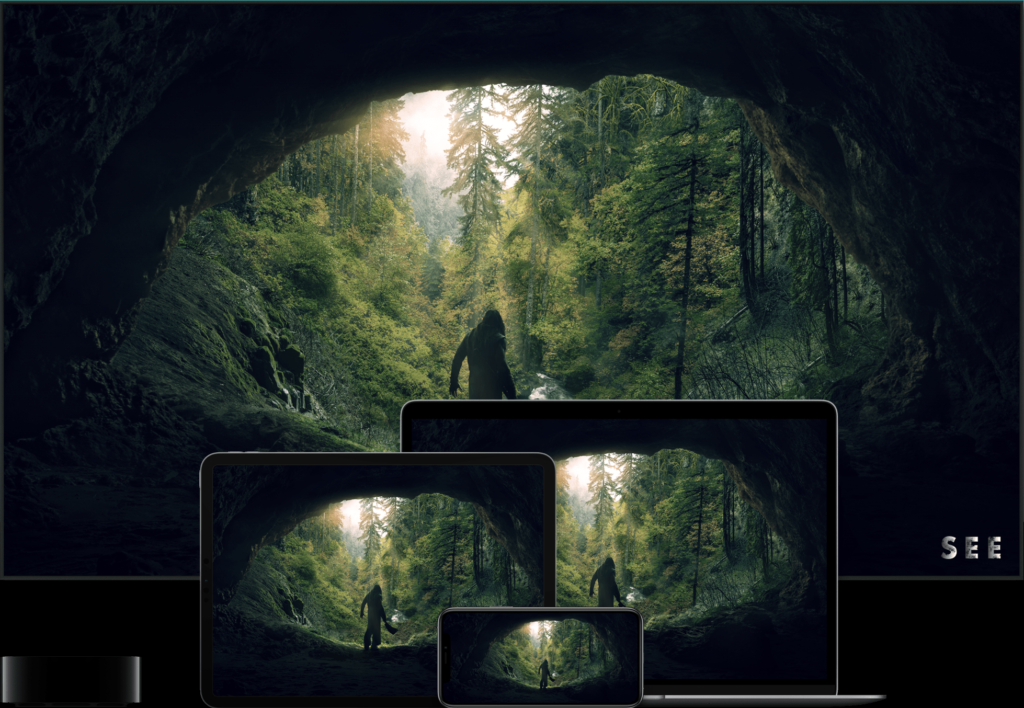 iPad
Apple has updated the iPad. These new standard edition tablets have:

Seventh generation iPad orders start today at $329USD and will be available September 30. 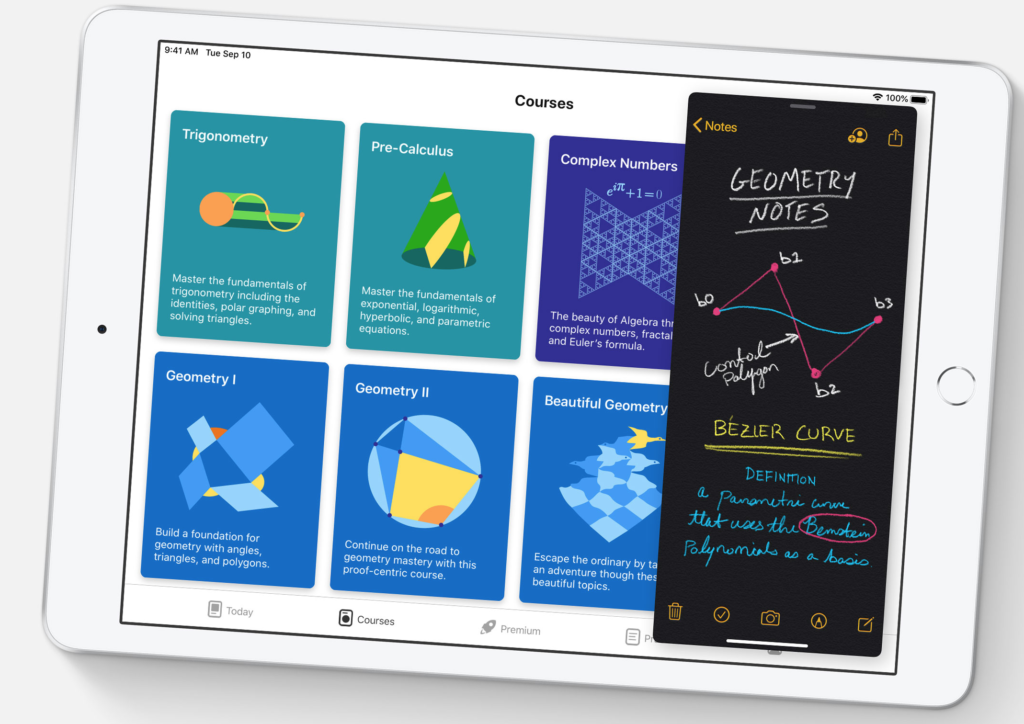 Apple Watch
I’ve been crazy about Apple Watch when I purchased a first generation Apple Watch back in May of 2015. I’m now on my third Apple Watch (last year I got myself a 4th gen.) and I LOVE IT!.

Along with the 5th generation of the watch, Apple is helping roll out three new health studies:

Enroll with the Apple Research App (available in the US App store later this year).

I doubt I will be upgrading if only because my 4th Gen is still serving me so well.

This year’s Apple Watch remain the same in size as last year’s model. The price starts at $399USD and will be available September 20th. They’re keeping the Series 3 in the lineup for $199USD. 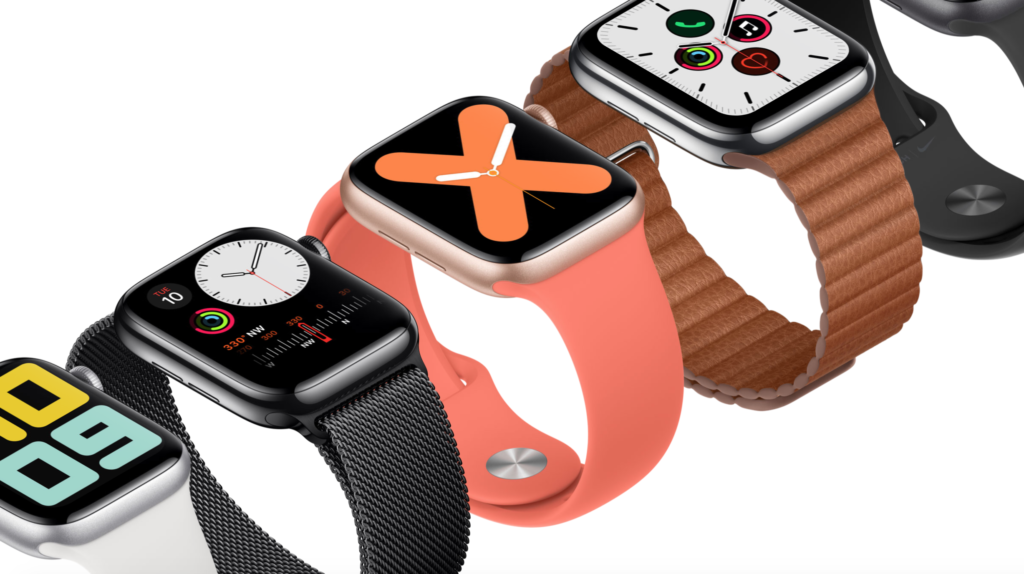 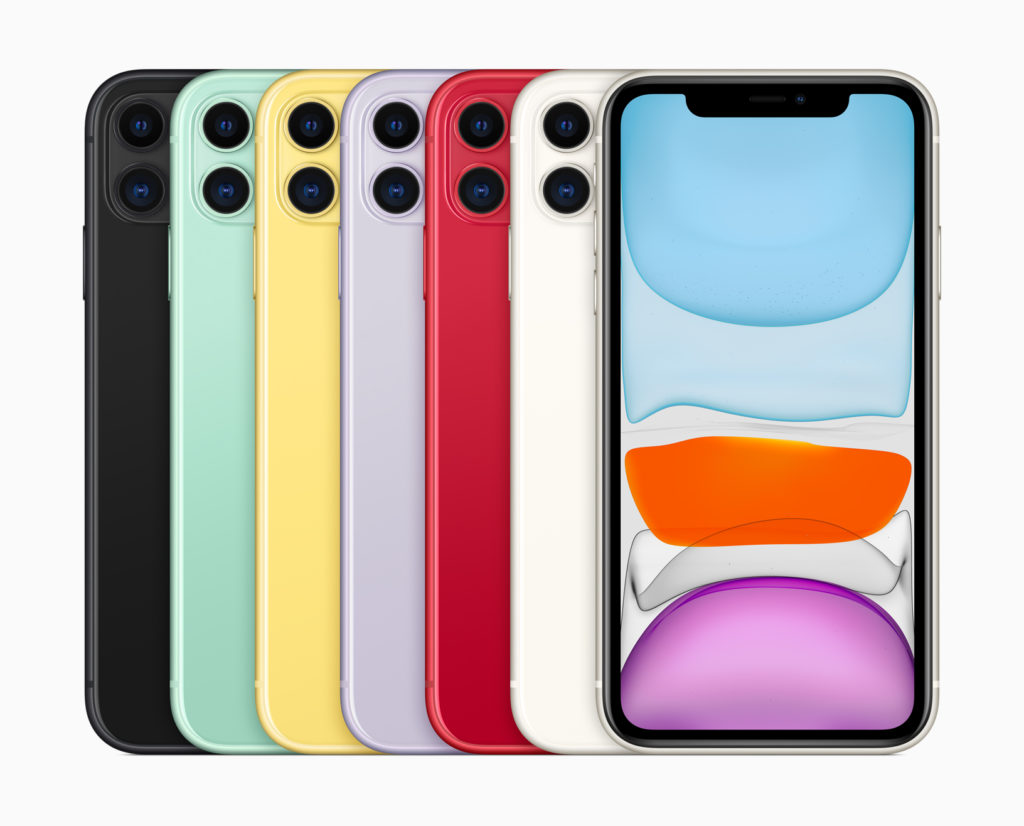 The Pro model comes with three cameras, the standard f1.8 26mm wide lens, a 52mm telephoto f2.0, and a new 13mm f2.4 ultra wide. It also comes with the 12mp camera on the front facing camera allowing new photo abilities such as access to slow motion selfies… they call them slofies.

Apple’s previous flagship chip, the A12, was already the fasted chip in a smartphone. The new A13 Bionic chip extends Apple’s lead with the still fastest CPU and GPU ever in a smartphone, capable of 1 trillion operations per second.

The phone comes with a triple camera system, each recording 12mp of data. 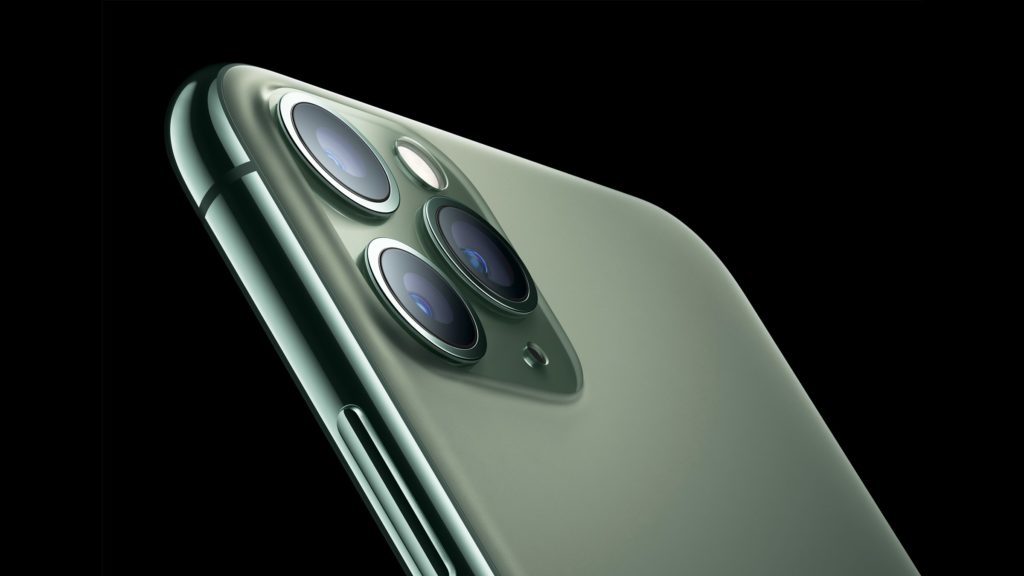 The three focal depths and apertures are as follows: 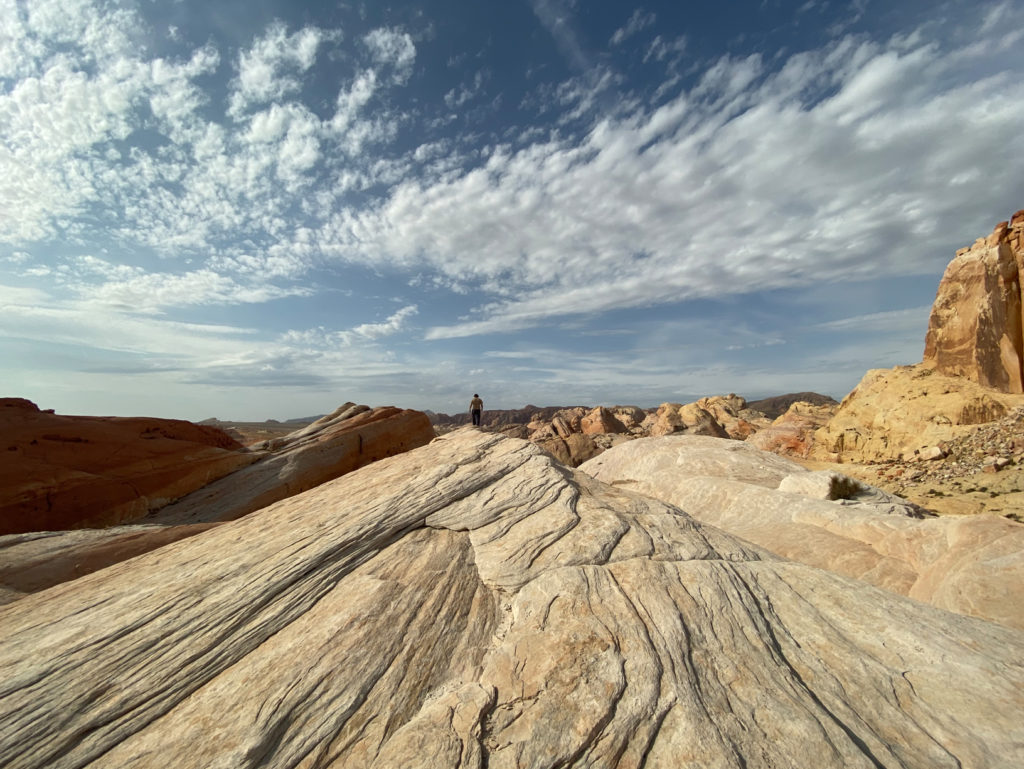 These new iPhone models for the first time make use of the U1 chip. It makes possible a new user interface for AirDrop that uses your direction to orientate your friends’ avatars on the interface in relation to you.

There was also a sneak peek at “Deep Fusion” — Phill described the new technology as, “Computational photography mad science”. Part of that science will allow for “night mode” something that other phones have had for awhile but nevertheless, an interesting improvement on previous models. 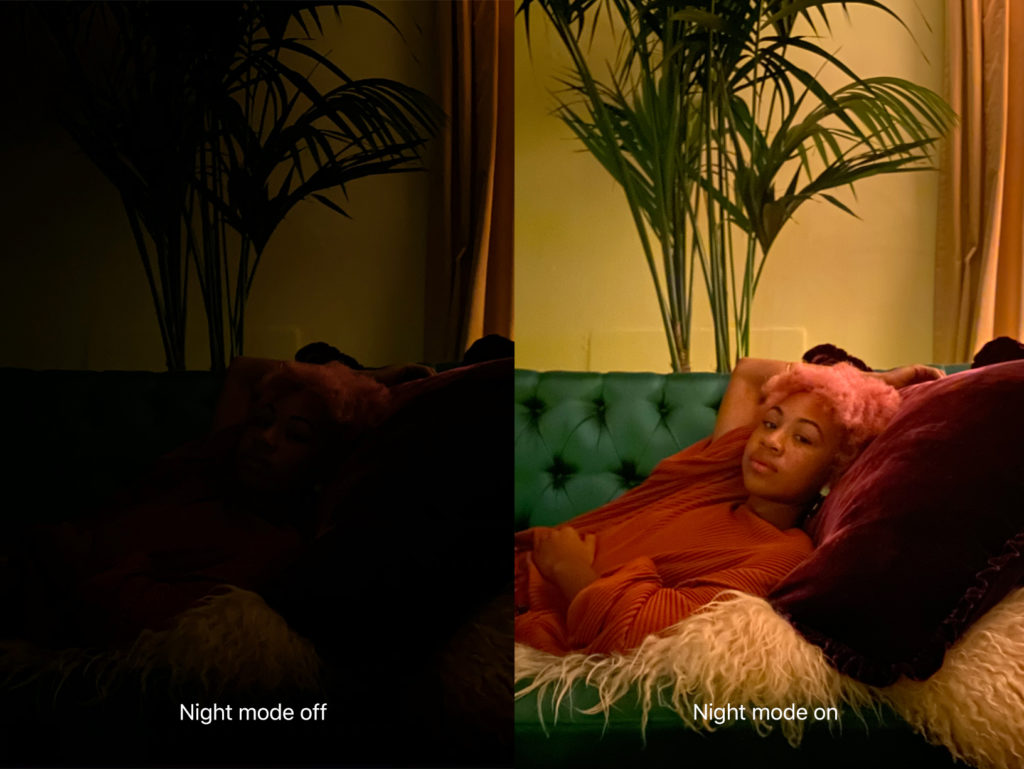 The third party app, FiLMiC, looks pretty neat. It allows for simultaneous recording of multiple cameras giving one lots of shot options to edit together later. It even allows for recording both front and rear camera at the same time which will be neat for rollercoaster rides and documentary style interviews. The FiLMic app will be available later this year in the app store.

There is a new Quicktake mode (not to be confused with this Apple QuickTake camera). Allowing users to easily and almost instantly switch from still (or livephoto) mode to video mode.

And last but not least, the iPhone 11 Pro will have improved FaceID with a greater angle of view and is even faster.

The three models are priced starting at

Orders begin this Friday at 6:00am MST and shipping starts September 20th. Speaking for myself, anyway, I think it’s just about time to get a new phone. 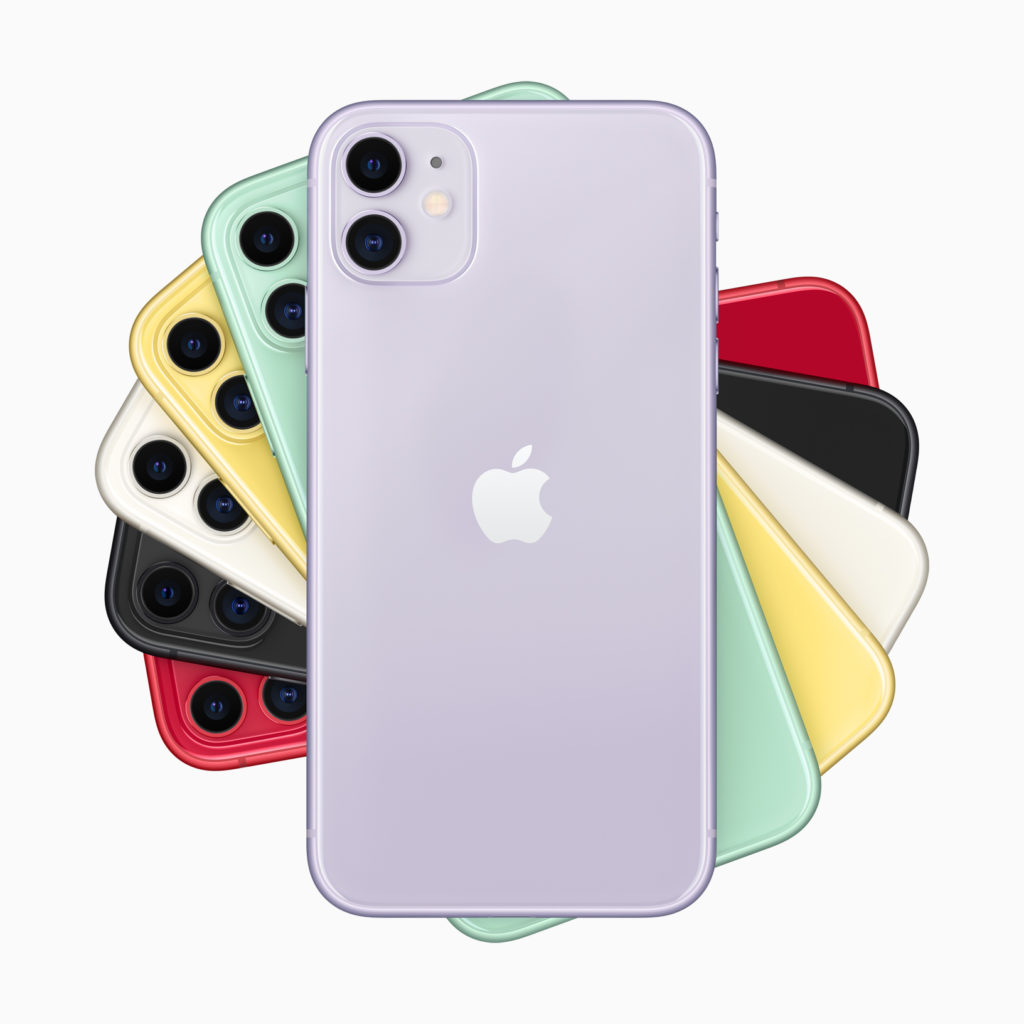 I’ve had a strange affinity for all things Apple lately. Most recently, against my better fiscal judgement I decided to pre-order the famous Apple Watch. It wasn’t an easy decision, I went back and forth with myself for months after it was first announced last September. I even hesitated for a couple of days after the pre-orders started on April 10th but even when I finally convinced myself it was ok to click the buy button I was left with a feeling of uncertainty.

After much anticipation with a dash of frustration (I opted for pick-up which meant navigating the perplexity that is the light-industrial area), it finally arrived at its new home on my wrist yesterday.

My first thoughts about the new gadget are probably similar to what others have said. It’s lovely — heavier than I imagined but then again I’ve never had a real watch before, (anything more than $50 has always been out of my price range). It’s shiny and black and fun to swipe and explore. Honestly, it doesn’t do a lot relative to the amazing iPhone 6 with which it’s paired, it’s just a lot of fun to take phone calls on my wrist, to see messages as they arrive, and to know the time again (all without resorting to the savagery of pulling my phone). I love it.

As others have talked about, Siri seems smarter than ever — though after the last update there seemed an improvement on her phone version too.

Probably most important, though not the most fun, I know for a fact I have missed at least one less phone call than I would have without it. Considering my living depends on catching such phone calls, perhaps the Apple Watch will pay for itself.

In case you’re wondering, I’m no longer uncertain if the watch is right for me. I would buy it again in a second.