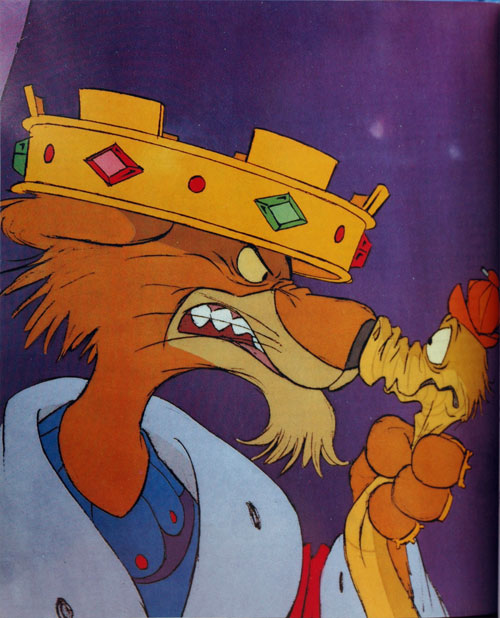 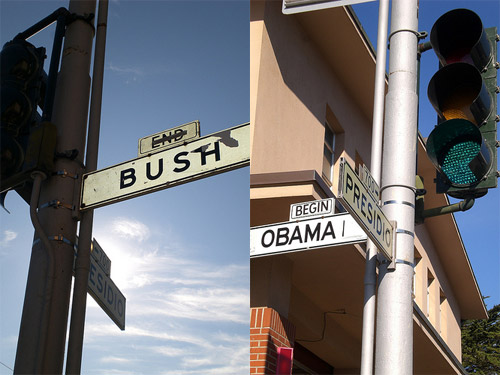 The Vote for Hope video was created at Ursa Minor Arts and Media in San Rafael, CA with chief animator James Curtis, using designs and direction from M.C. Yogi. It’s is an extremely well crafted video funded and supported by grassroots donations.

MC Yogi – Vote For Hope from MC YOGI on Vimeo.

Hit play or watch Vote for Hope on Vimeo.

With the 2008 presidential election, Americans face a pivotal choice between not just two candidates, but two paradigms. We need someone who understands the complexity of our time. Someone who believes in investing in renewable energy, in education, in women’s rights, in civil rights, in healthcare for Americans. Someone who believes in dealing with global issues with diplomacy so we can restore our respect in the world. Barack Obama represents the change we need and can lead us into a brighter future.

Vote For Hope was written to encourage and inspire the hip hop generation and everyone to get involved, and contribute their time, energy, creativity, and other resources to be the change they want to see in the world. We have been inspired by the artistic and musical contributions that have been pouring out across the nation in support of Barack Obama’s campaign. Vote for Hope is our offering to this creative movement. It is our way of adding our small voice to the collective voice of millions of Americans calling for a change.

My cousin Amie and her husband Matt got up early this morning to attend one of Barack Obama’s rallies, this one just a few miles from their house. They got some great photos of the future president!

I downloaded the transcripts of all of Obama and McCain’s speeches from their respective official websites from March 25th, 2008 to the present and then put them each into Wordle. McCain’s site only had transcripts from March 25th to the present and I figured that was plenty of data for my purposes.

Scott Adams, creator of Dilbert, wondered why someone wasn’t doing something that would give American voters useful and unbiased information about which candidate has the best plans for the economy.

Then he realized that he was someone.

He commissioned a survey of over 500 economists, drawn from members of the American Economic Association, a nonpolitical group, that had previously agreed to be surveyed on economic questions.

The economists were asked to rank the most important economic issues and pick which candidate they thought would do the best job on those issues.

Here are the results:

Adams is quick to point out that even though economists favour Obama in 11 of 13 of the most important issues (as decided by the survey) 48% of economists are Democrats and only 17% are Republicans.
It makes you wonder, are liberals more likely to go into economics, or are economists more likely to become liberals? Or is it just the simple fact that educated folks tend to be more progressive?

You can check out the full report (in Power Point format).

This electrifying speech by Oprah Winfrey solidifies my belief that nothing could be better for the United States and possibly the entire world, than Barack Obama as President.

Here are a few stats from urbanfervor:

Obama won 80% of the vote in one state, Idaho. Clinton has not won more than 69% in any state.

Obama has won 10 states by at least 15 percentage points over Clinton. Clinton has won only five states by such margin, including Arkansas again, New York, where she currently serves as the Junior Senator, and Florida, which was uncontested and is virtually worthless delegate-wise.

A couple months ago everyone was penciling Clinton in as the nominee. Probably time to rethink that. I think a lot more people out there are a lot more excited about Obama than are for Clinton. The more we see him and get to know him, the more we like him. As the primaries continue on, with the money he has raised and the enthusiasm he has generated, I can’t see him not winning the nomination.

I hope he’s right. I’m tired of not loving the United States—the world is watching and hoping for change.

Here’s Obama himself, answering some questions at Google headquarters.

[Barack Obama: Q and A from Google employees II – YouTube]

The Electoral Compass is a tool designed to help you know which candidate in the US Primaries holds views most similar to yours.

Here’s where I stand, if I were voting: 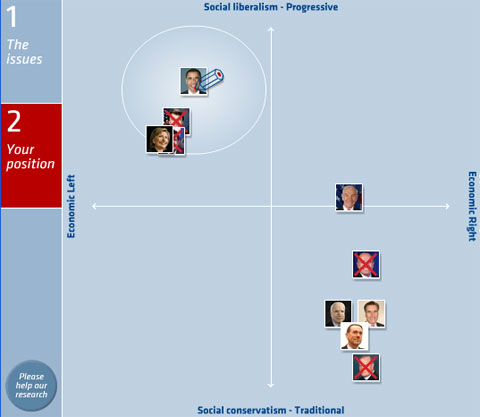