We spent our last full day in Palm Springs riding our bikes and visiting a few more sites and restaurants in the area before we headed out the next day. 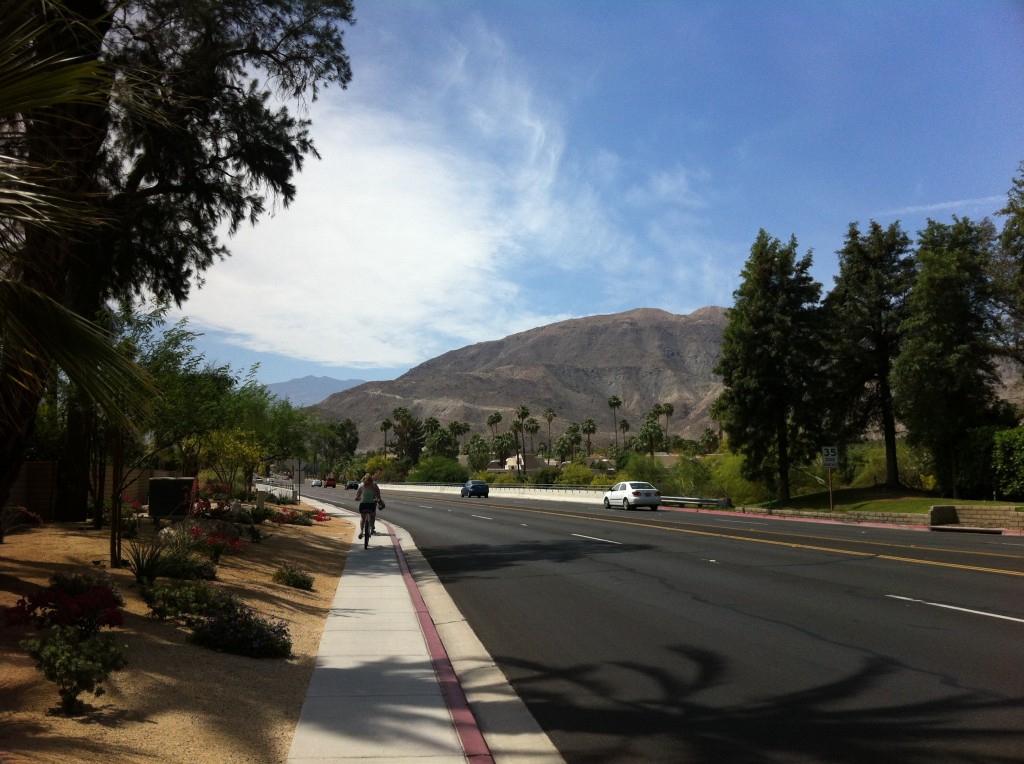 We stopped at the outdoor mall, The River, for a quick Starbucks run. I don’t drink coffee  myself, so I had a smoothie, but Andrea loves the caffeine imbibing experience (so long as it’s in a reusable / recyclable cup). Starbucks, it should be noted, will happily provide you with a ceramic mug if you just ask.

My favourite stop of the day was The Jackalope Ranch restaurant. 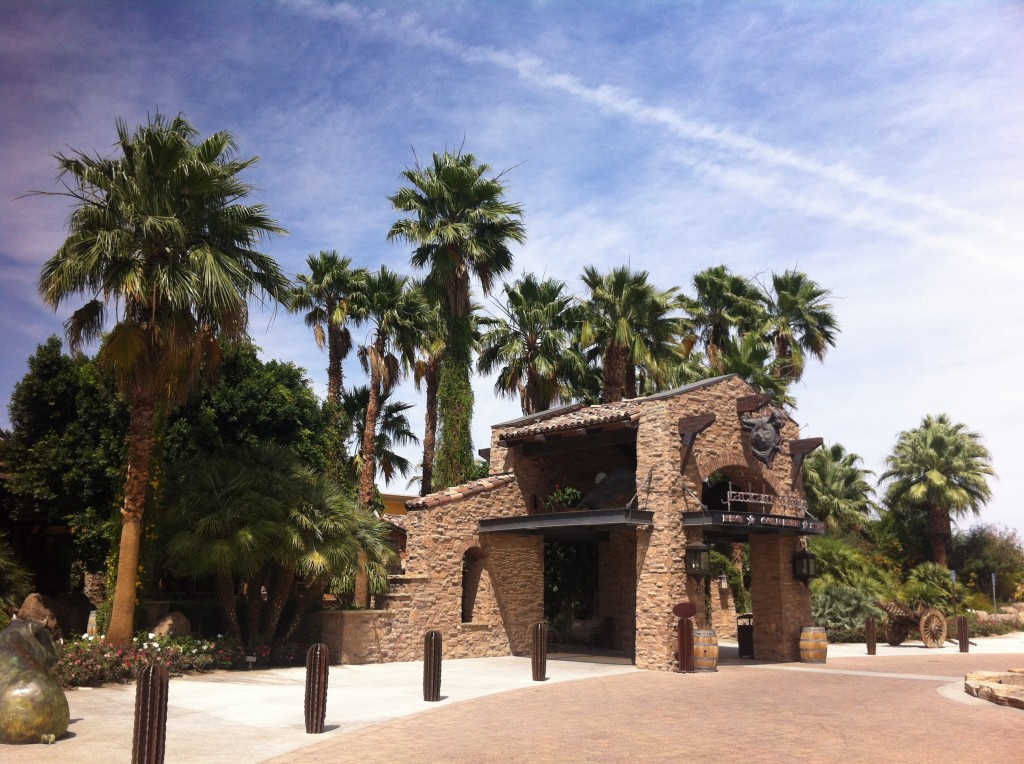 Because Jackalopes have become so rare these days,  the restaurant provided some helpful wildlife information, and as the story goes: 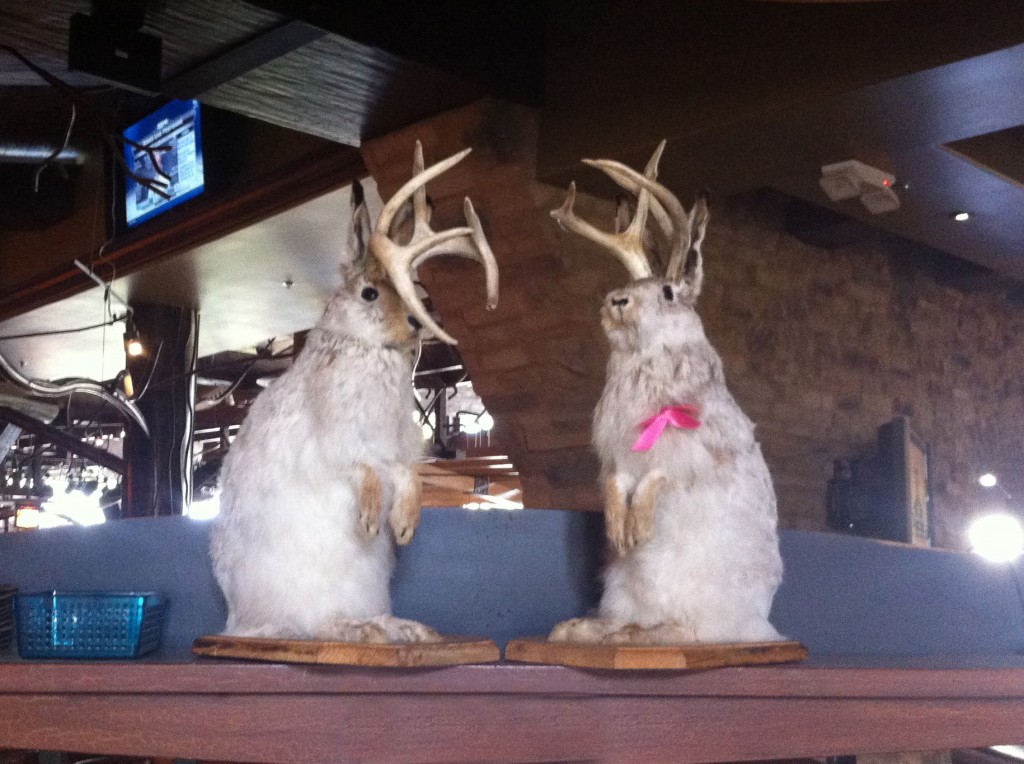 The elusive Jackalope is a cross between a rabbit and the now extinct pygmy-antelope and is occasionally seen in the less populated areas of the American West. The Jackalope is an aggressive species, willing to use its antlers to fight. It is also the only species where male and female both have antlers. Thus it is sometimes also called the “warrior rabbit”.

Jackalopes possess the amazing ability to mimic human sounds. In the Old West, when cowboys would gather by their camp-fires to sing at night, Jackalopes would frequently be heard signing back, mimicking the voices of the cowboys.

When chased, the Jackalope will use its vocal abilities to elude capture. For instance, when chased by people it will call out phrases such as, “He went that way,” in order to throw pursuers off its track. The most effective way to catch a Jackalope is lure it with tequila, preferably a premium brand, as they have a particular fondness for this nectar. Once intoxicated, the animal becomes slower and easier to hunt. Jackologists, those who study the rare animal, state that the antlered creature becomes
especially vocal during a thunderstorm, because they supposedly mate only when lightning flashes.

Jackalopes are illegal to eat in the United States however the meat is thought to taste like chicken. It is believed that Jackalopes can live to be over a hundred years old. But that belief is hard to prove because they never seem to age. That is why the Jackalope is highly prized for its milk, which is believed to contain a potent ingredient that”turns back the clock” and keeps people looking young and healthy. However, it can be incredibly dangerous to milk a Jackalope, and any attempt to do so is ill advised.

We tried the nachos and diet cokes and enjoyed the setting thoroughly. However,  we only saw one live Jackalope — it’s hard to see in the photo below but if you click through to the larger version, I’m sure you’ll find it.

The other noteworthy point about The Jackalope Ranch is their handy rifles used as legs for the tables near the bar and that amazing life-sized wooden motorcycle at the door. Much like the Jackalope itself, this motorbike is something you have to see to believe. 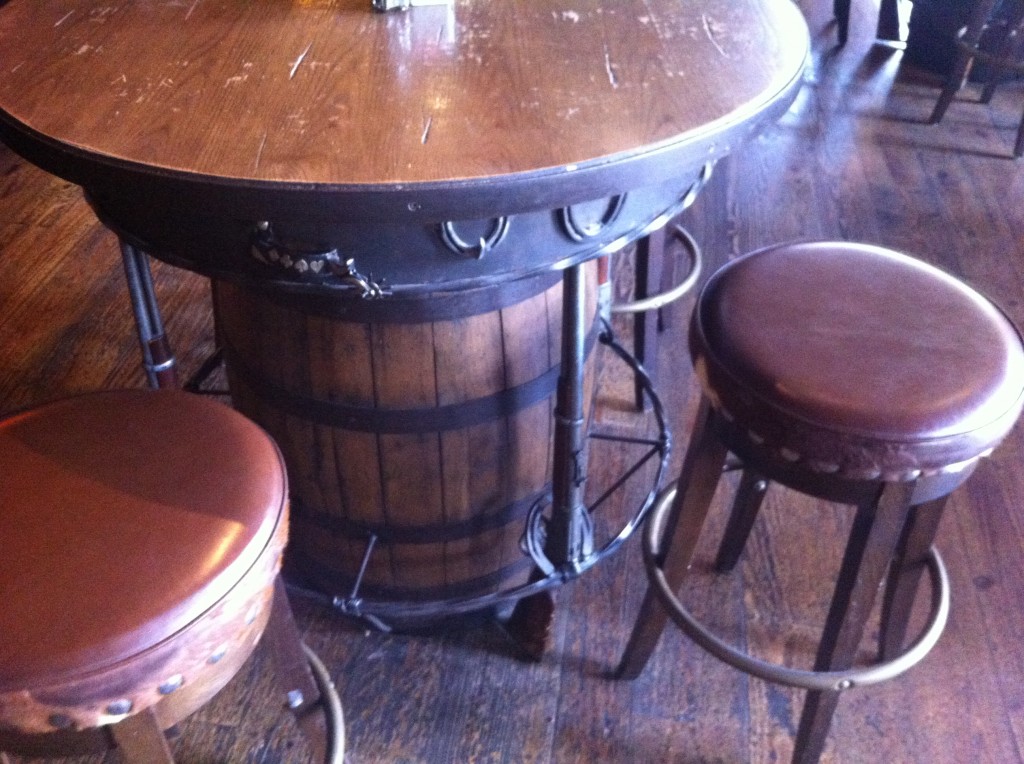 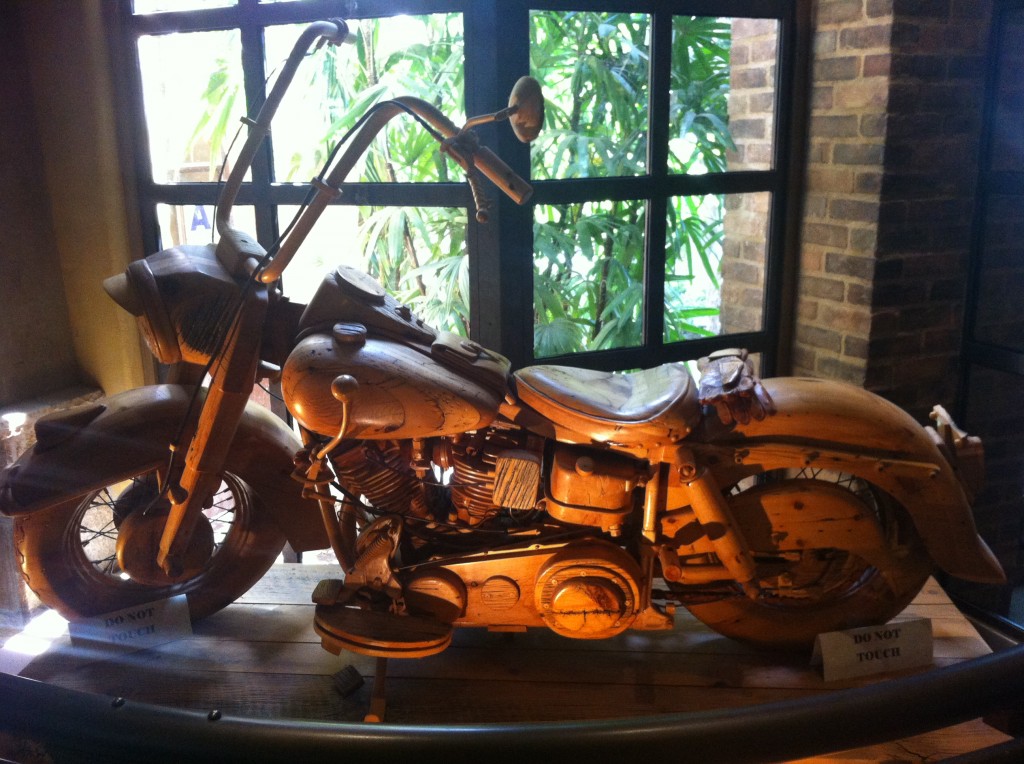