Secret Hitler is a fun hidden identity social deduction party game for 5-10 players about finding and stopping the Secret Hitler.

Players are secretly divided into two teams: the liberals, who have a majority, and the fascists, who are hidden to everyone but each other. If the liberals can learn to trust each other, they have enough votes to control the elections and save the day. But the fascists will say whatever it takes to get elected, advance their agenda, and win the game.

A couple of years ago I found that the creators of the game released a black and white Creative Commons copy for printing. I later found a colour version and made a few changes as well added my own printable box template to go with it. I sent it out to the local printshop to get it printed on large card-stock and decided to share in case you’d like to print your own: 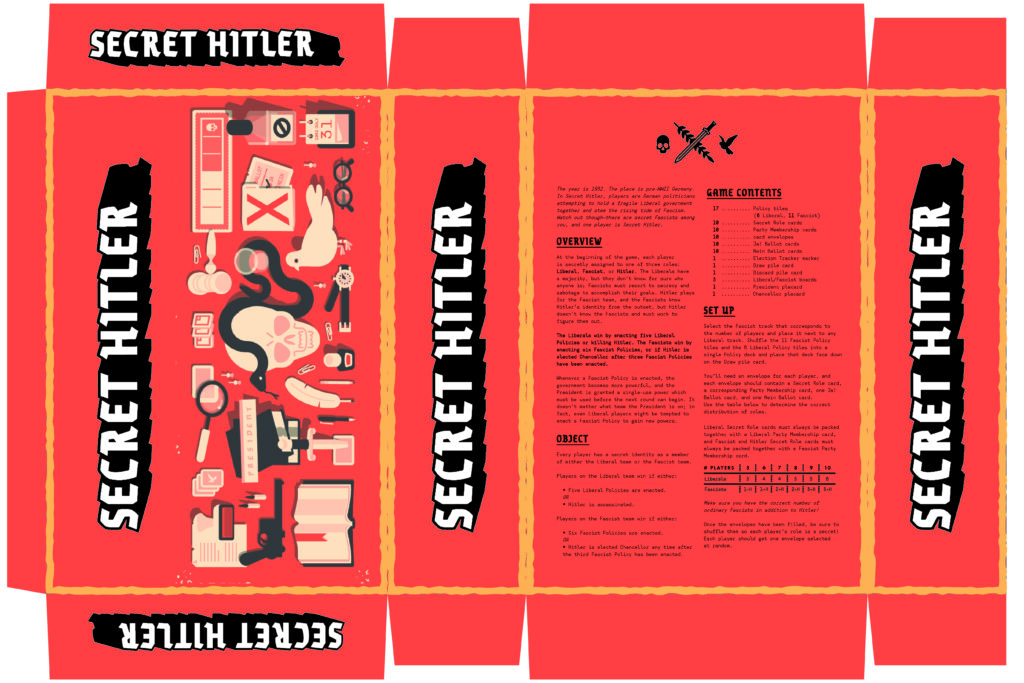 If printing and cutting aren’t your thing, you can find purchasing options at https://www.secrethitler.com