Wind gusts were up to 110 km/hour today. The highway was closed on my way home from work. The dust was so bad I could barely see the cars ahead of me. An RCMP officer blocking the road told me about a collision ahead and to take the side roads instead. She was irked that people were driving so fast in such poor visability. 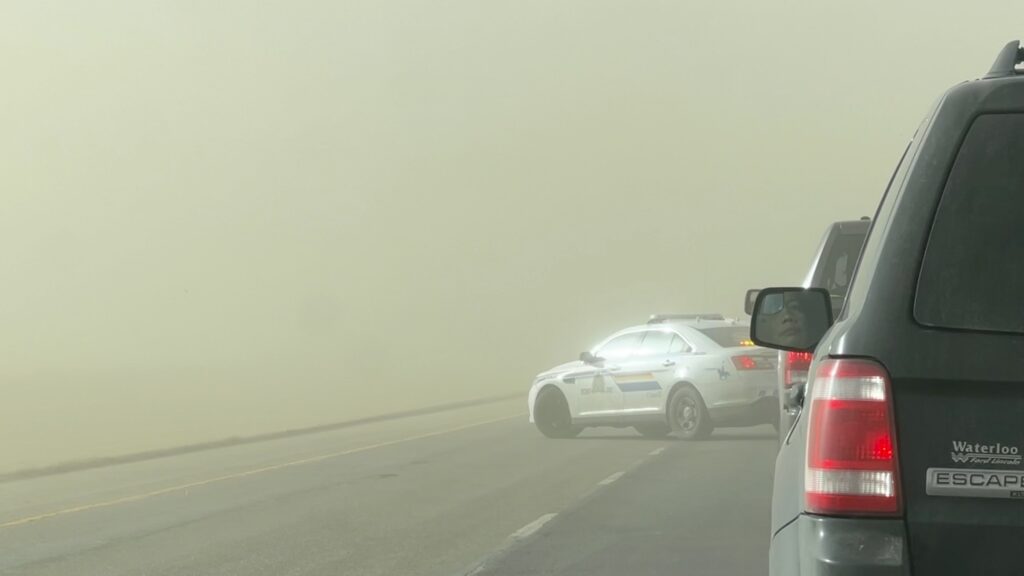 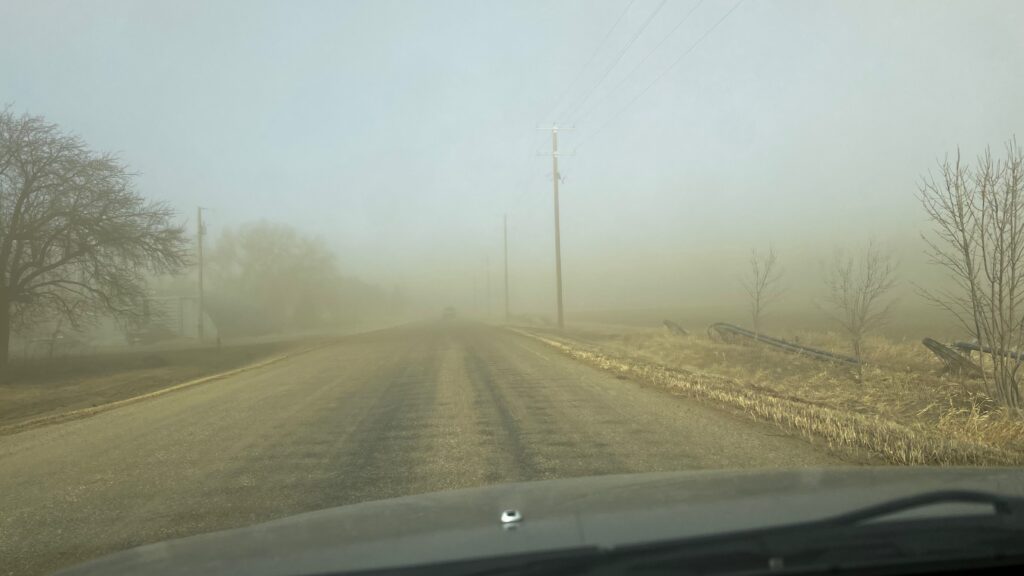 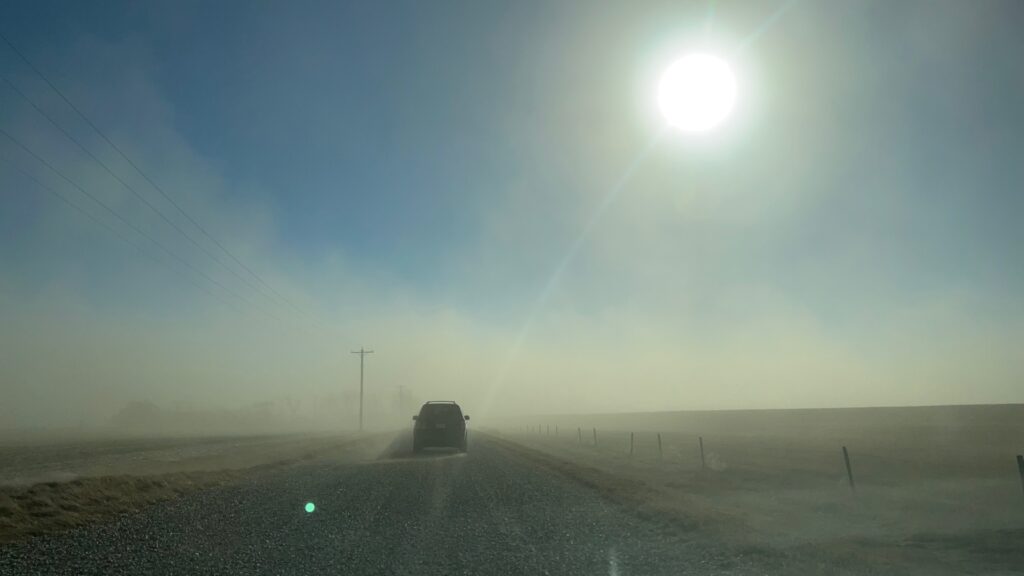 After all the detours, the winds had died down, visibility was returning, and then as I approached Coaldale, I found myself behind a “freedom convoy” of protesters. Farmers in their tractors protesting… I don’t know what — that they are tired of people being mad at them for not wearing masks? Anyway, luckily for me, they were only blocking one lane.

What would normally be a half hour drive took a full hour.