I shot some photos yesterday around the city. This one above is a compilation of 9 images showing the Old Man River and The High Level Bridge. The bridge is Canada’s longest train bridge and is 100 years old this year. The trails on the ice are from the Canada geese that decided not to fly south for the winter. I guess it’s not cold enough this year to make it worth the long flight.

On Sunday we really cut it close making our plane. We only gave ourselves about 15 minutes of extra time assuming everything else went according to plan, which would have been fine except for a couple of mix-ups like Trev forgetting his runners. Not to mention he also forgot that Drew moved about a year ago and hence he accidentally went to Drew’s old house putting us slightly behind schedule for the road.

Once we got on our way things were pretty uneventful, but there was a near disaster when Forgetful Jones Wallace forgot to pick up his wallet on the other side of security which might have resulted in a missed flight due to no ID. I have been thanking my lucky stars that I haven’t yet done anything particularly embarrassing or potentially trip ending but remember the week is young. Anyway it’s all good and we are having lots of fun in the sun. Today we hired a charter to take us to a couple of different villas up the coast and had fun snorkeling as well as hiking around on a couple of different beaches. The boat ride was really a blast. All of a sudden Drew was hit with a wave of nausea and began a not so friendly reunion with his breakfast on the port side. He looked in quite a bit of discomfort so I didn’t think it would have been right to document it in pictures. However IÂ´m pretty sure Steve and/or Trev got a photo.

While Drew was just kind of taking it easy we were learning that it’s the manta ray mating season right now. There are lots and lots of large and small manta rays scouting the area looking for action. We were amazed to see one giant manta ray breach the water completely. Steve and Trev hopped in to get a closer look and I captured a photo with the manta as one of its fins came up out of the water. When I jumped in myself I was too late they were long gone. When we got to town, we lounged around a bit, I picked up some stomach settling pills for Drew and eventually we hiked up to see a waterfall. Unfortunately when we got there we discovered it was pretty dry. Apparently they are on the verge of a water shortage in the village and so there isn’t a lot left over for the river, but despite that, it was still a nice hike. We had dinner on the beach, enjoyed the weather and scenery for awhile and then and headed back into town.

I’m having a great time here in Mexico. We’re keeping extremely busy going to the beach and lounging around.

Today we hit up El Eden and the Preditor Set restaurant. I’ll have some good stories to tell when I have more time. 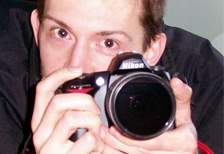 For my birthday, coming up in a week from today, my mom got me a new digital SLR camera! I’m still learning all the settings, but I’m loving every minute of it.

It’s a Nikon D70s. I also got a few accessories for it, including a polarizing filter, a camera bag, and a 1gb memory card.

I’m a little hesitant to take it with me on my trip to Mexico, but I got it a week before my birthday so I could do just that. I’ll be watching it like a hawk; at the same time I think it will be worth it.

Here are 12 winter photosÂ I took with my new camera.

This flash app “randomly retrieves images from Flickr.com and creates an infinite film with a style that can vary between stream-of-consciousness, documentary or video clip.” Your mileage may vary—I found it an interesting way of blending random content to create art.

I found this neat search by sketch service that retreives flickr images (Ajax style) while you sketch. 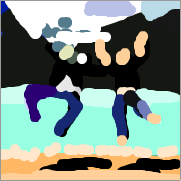 and the server returned this: Try it out for yourself at http://labs.systemone.at/retrievr/

I came across some amazing photos of the F-117 Stealth Fighter today. They were taken at the Royal International Air Tattoo in 2002 in England. 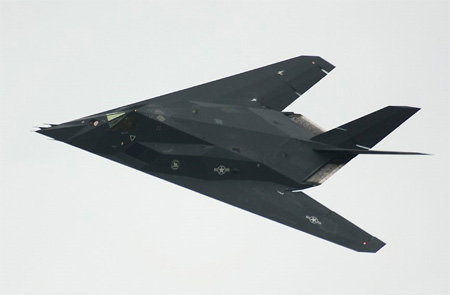 The F-117 is a little bigger than the initial impression you get—it’s about the same size as an F-15 Eagle. It has a whole range of tricks to make it stealthy, starting with the dark, low contrast paint scheme which makes it so difficult to see at night (or photograph during the day), it’s covered in radar-absorbent materials and its very shape is intended to deflect radar away from the radar station. Its two jet engines are quiet and produce very little smoke, and the outlets from the engines, visible at the rear of the aircraft, mix cool air with the hot exhaust to reduce the type of heat signature that a heat-seeking missile could lock on to. The unusual “butterfly” tail is designed to shield the exhausts so missiles can’t see them.

See some more cool F-117 Stealth Fighter photos at RIAT 2002. If this topic interests you, you might want to check out Richard Seaman’s index of airshow photographs.

Now (if you live in the United States anyway) you can just take pictures, upload them to flickr, order your favorites for printing and have them delivered right to your door. I heart flickr. This will be awesome for me once it’s available in Canada.

My sister has started her own photography business. I created a flash based site to show-off a few of her photos. Here it is, http://jackiehutchinson.com.

The photo below is an example of her excellent work. It’s one she took the other day of her son Ryker. My brother scanned some old photos he took of me kayaking down the Kananaskis white water and posted them on Flickr. I’m still cold.