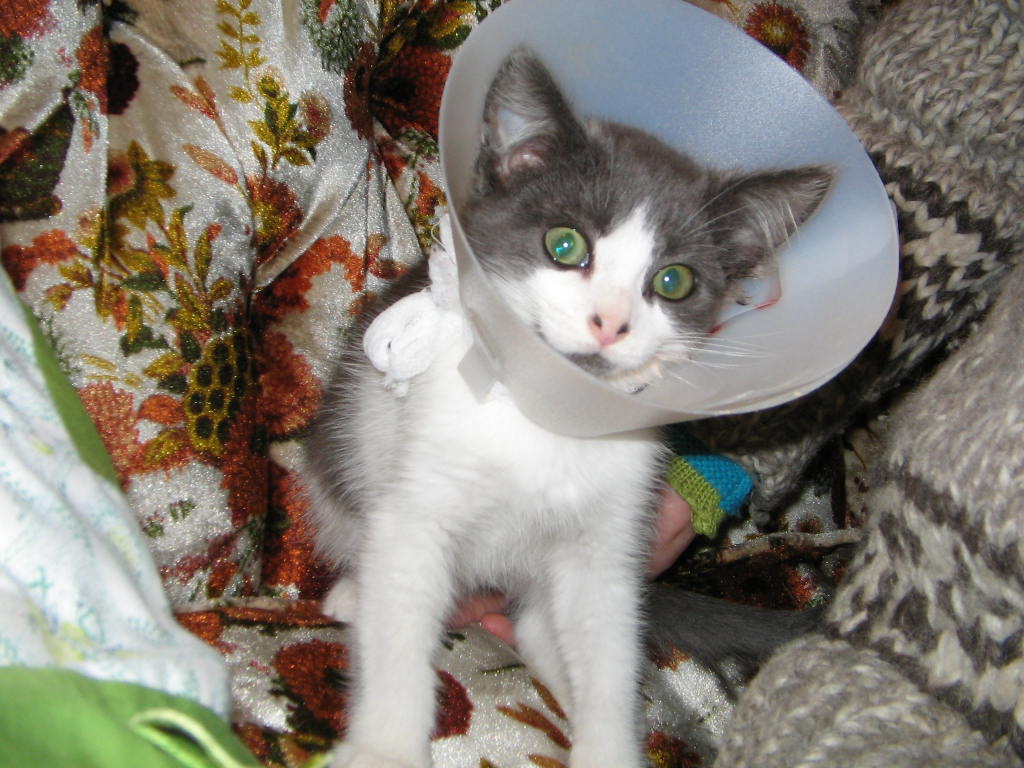 For my 19th birthday [a long time ago] my mom gave me a laser pointer which I enjoyed until the batteries died, and I haven’t thought much more about it since.

One of my favourite stories involving that laser is from when I was living in Salt Lake. We were visiting some other teens in their home and playing with the laser and the cat. For some reason cats seem to just love chasing the little red dot from a laser pointer.

The room was open between the living room and dinning room with about two or three stairs dividing them. A large corner couch sat in the living room and with a flick of the laser we had the cat running back and forth from the couch up into the kitchen and back down the stairs.

This particular cat seemed a little on the chubby side, but boy when it came to slapping his paws on the red dot, he could really move. He was incredibly fast even by speedy cat standards. He used his claws for extra traction and would chase it all over the room instantly appearing wherever the light shone. We were all cracking up.

One of the kids decided to take it to the next level. They wanted to see how far their cat would go. To get things started, the cat was attracted up into the kitchen where we were all standing. Next they briskly shot the light across the floor with the cat firing itself after it like Wile E. Coyote chasing the Road Runner. They shone the dot up on the wall in the very corner just above where the corner-couch sat. In one smooth motion the cat jumped up onto the cushion and then off the back of the couch and up as high as he could reach right onto the red dot on the wall. Then as if time stood still he made a couple of mid air-strides and quickly discovered his lack of flying ability. I’m certain at this point he wondered to himself why in the world he was finding himself six feet off the ground with no where to go but straight down. He dropped silently into the triangular shaped hole between the couch and the corner.

We were rolling on the floor laughing our heads off. Oh and he was mad at us. He jumped out from behind the couch, and looked extremely embarrassed and irritated. His fur was dishevelled and his eyes were red. Nothing was injured but his pride, however, no amount of persuasion could convince him to chase the little red dot.

I was reminded of this story when I came across these interesting lasers. The site claims they are all legal in the United States. They seem a touch too powerful for safe public use, so pets of the world, beware. (Luckily balloons and matches appear to be the main targets of the lasers in the videos).