Another chess related post today. I don’t know if I’ve ever mentioned it on this site but for the past 4 or 5 years I’ve been the President of the Lethbridge Chess club. Last Christmas I was demoted to President Emeritus and Klaus Jerricho has taken over the job.

Anyway, today’s post is about The Magic of Chess, which is a short documentary that shows young chess champions revealing how the game has enriched their lives. The four minute movie was shot by director Jenny Schwitzer Bell on location at the 2019 Elementary Chess Championships, a high-stakes tournament held annually in Nashville.

In attendance—and interviewed in the film—was Tani Adewumi, the 8-year-old Nigerian refugee who, while living in a homeless shelter with his family, beat elite-private-school kids in the New York Chess Championships.

The children interviewed in the film are articulate and wise beyond their years. “When I asked the kids questions like, ‘What has chess taught you?,’ I was surprised, given their limited life experience, that they could formulate a response beyond the obvious mechanics of the game,” Schweitzer Bell told me.

Chess “teaches you how to make a plan,” one child says in the film.

“When you lose, you learn from your mistakes,” says another. 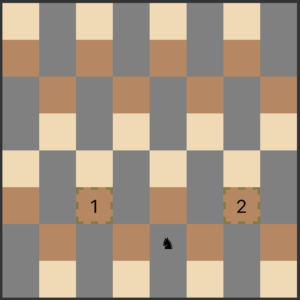 If you’ve watched my one second everyday video, you know that I’ve been playing quite a bit of chess lately. I’m excited to say that the activity level at the chess club in Lethbridge has been picking up and they’ve even secured two Grandmasters for an event next weekend.

Grandmaster Eric Hansen and GM Robin van Kampen will be in Lethbridge on Sunday, March 30, from 1:00 – 4:00, at the Galt Museum.

Eric has graciously volunteered to play as many players as we can muster. We will pack the house and have 25+ adult players and 10-15 juniors play him simultaneously.

The fee to play will be $10 for adults and free for junior players. All players are welcome!