A few years ago my wife and I bought a couple of self supporting hammock beds from Costco. It’s been a couple of years since I had them out and the kids were playing outside so I figured I would get one out and rest while I watched over them.

Pulling the hammock onto the support takes a bit of muscle and so this time I figured I would just leave the support not quite fully extended before I attached the hammock. Both kids watched while I slipped my hand under the canvas and snapped the frame into position. It needed quite a bit of pressure pushing against the resistance of the hammock but when I finally got it, it pushed passed the resistance into place.

I instantly realized I had caught my left ring finger at the last knuckle in a SERIOUS pinch. The resistance was too strong to pull it back out! “OUCH, OUCH, OUCH!” I yelled out keeping it kid friendly. I couldn’t believe how hard it was to pull the frame back out of place. “OUCH, OUCH, OUCH!”

I continued with the kids looking on in fear. Holy cow, I didn’t know what I was going to do. It was still pinching HARD. I thought am I going to have to send the kids in to wake Andrea from her nap to come out and help me? Was I going to lose my finger? I pulled again. 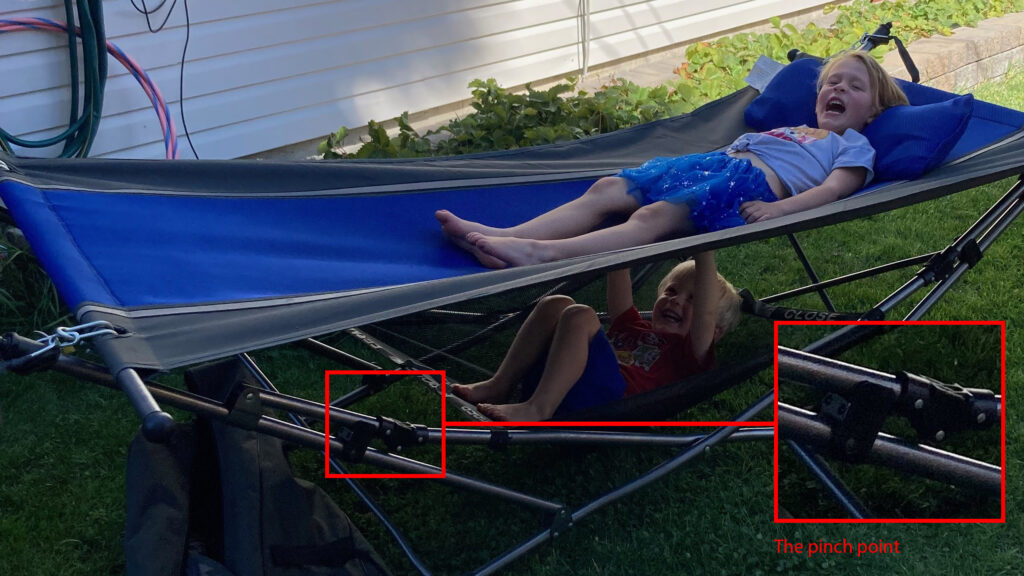 I tried again — nothing.

I took a deep breath and thought to myself, I have to get it this time. I pulled hard and at the same time pulled hard on my finger to try and get it out.

And I continued trying — still nothing. The pain was intense.

Ok, one more time and this time I had to get it. I pulled on the bar and at the same time really pulled on my finger to slide it out scraping skin as it finally moved. Slowly, painfully… almost there, “PULL, PULL, PULL!” I said to myself. There was a giant squish mark on my finger, but thankfully no blood. I was finally free.

Both kids ran up to me and shouted, “Daddy, Daddy, are you ok?” and each gave me a hug.

We all walked into the house and a few minutes after putting it on ice I got this photo of my finger. 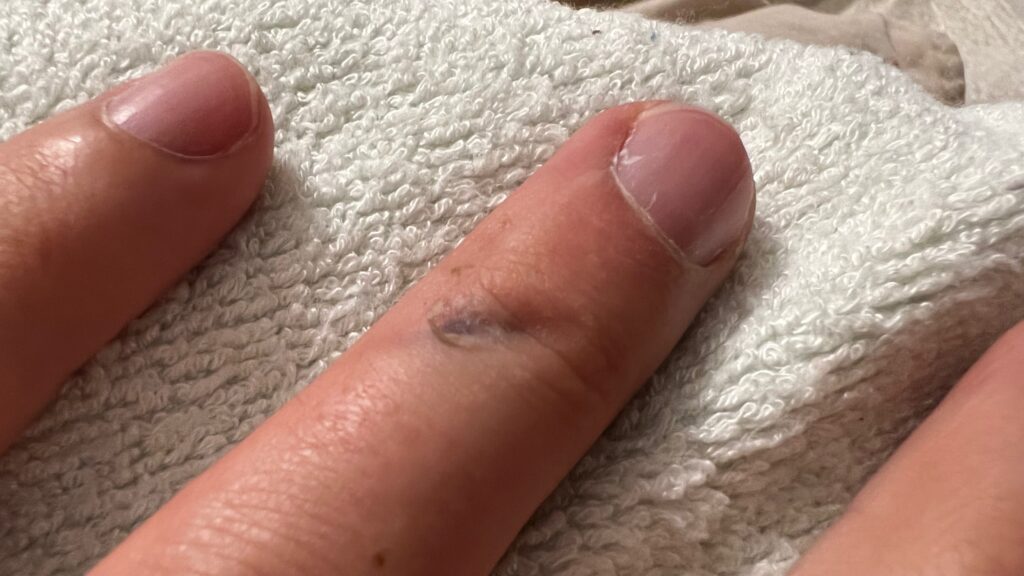 It’s been a couple days and the surface is still a little numb but, as scary as the whole ordeal was, I don’t think there will be any lasting damage.