The NHL playoffs begin today. Personally I’m rooting for the Calgary Flames, but I’ll be happy if any Canadian team wins the cup.

Whether or not you’re planning to watch any of the games tonight, take ten minutes to enjoy The Sweater, a classic Canadiana short from the NFB.

In this animated short, Roch Carrier recounts the most mortifying moment of his childhood. At a time when all his friends worshipped Maurice “Rocket” Richard and wore his number 9 Canadiens hockey jersey, he was mistakenly sent a Toronto Maple Leafs jersey from Eaton’s. Unable to convince his mother to send it back, he must face his friends wearing the colours of the opposing team. This short film, based on the book The Hockey Sweater, is an NFB classic that appeals to hockey lovers of all ages.

The Sweater, Sheldon Cohen, provided by the National Film Board of Canada.

Back in the early days of Disney animation, it was not uncommon for animators to cycle animation forward and then backward, repeat action more than once, or use a cross-over technique in which two or more characters do the same action.

From The Illusion of Life:

Sometimes an action could be repeated just as it was in a second scene, but more often a new beginning or a different ending were called for. In these cases, the animator could repeat part of the action by borrowing drawings from the earlier scene. In other cases, there would be an action that could be repeated intact in the same scenes—a character climbing a slippery pole, or sliding down an incline, or being knocked down by a mechanical device.

I remember watching the Disney classics as a kid and thinking some of these scenes are very similar to other Disney movies. I never realized that this type of repeated action was so prominent between films until seeing this YouTube compilation:

Having said that, I don’t considering this to be as big of a cheat as to deserve a flippant “fail” tag so indiscriminately handed out by the Pharisees of the net.

The copying done here, is not tracing, but transferring poses from one character to another, perhaps even from Disney’s large collection of reference footage. As anyone that’s done any animation knows, putting any animation onto a new character is still a very difficult task regardless of where you get the poses. 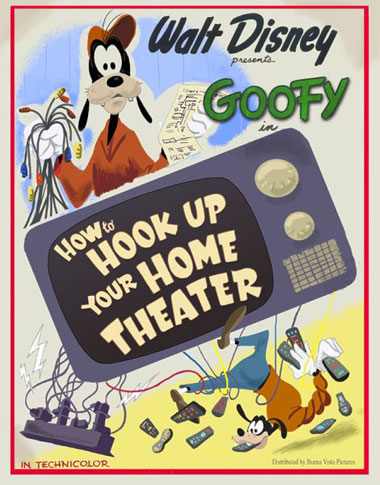 As I post this, I should actually be working on remodelling my bathroom. How appropriate!

Procrastination, a short animation by Johnny Kelly of the Royal College of Art.

Oktapodi, a short CG animation from the students at Gobelins.

I’ve played around in the open source 3D modelling software Blender a little bit. It may not be as fancy as the retail software on the market today, but if you compare it with versions of Maya or MAX from just a few years ago, it blows them out of the water.

A team of creative folks used the free software to make a short animated cartoon, Big Buck Bunny. They were funded by Blender foundation support and pre-orders of the DVD by the Blender community. 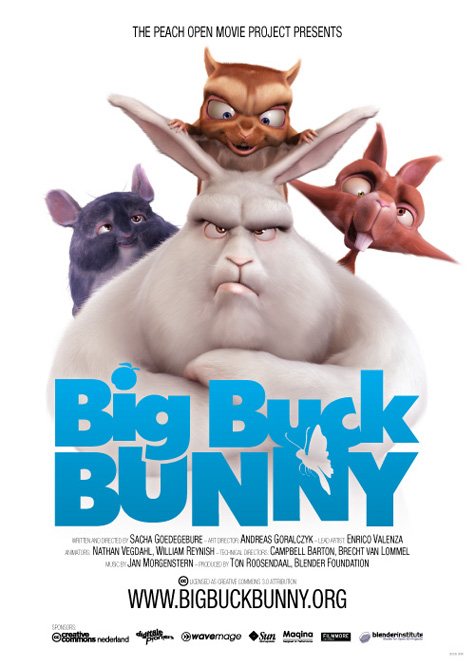 It’s licensed under the Creative Commons Attribution 3.0, so it’s free to watch and distribute so long as the credits are attached. Theoretically you could even download the source files, remix the movie and then sell it for a profit. Here is the original movie via YouTube:

Watch Big Buck Bunny now on YouTube or one of the many other official viewing options.

Competing in Ze Frank’s Color Wars, people have been recreating their childhood photos and posting them to the youngnow gallery. Here are a bunch that I animated using a morphing program:

If you’re looking for something arty, creepy, yet mysteriously compelling, check out MUTO, a short animated film that uses public walls as a backdrop for animated creatures.

MUTO a wall-painted animation by BLU from blu on Vimeo.

(A segment of this film originally titled Fantoche, linked previously).

This amazing music video by Director Simon Laganière, for the Quebec duo Tricot Machine, uses artwork of entirely knitted yarn to animate each frame. (A tricot is a plain, warp-knitted cloth of any of various yarns.)

Over 700 unique knitted pieces were created for the video by designer Lysanne Latulippe of the fashion label Majolie.