I was born at around 6:30am on this day in 1979. That means I’m joining team old today, unless of course you subscribe to that whole 30 is the new 20 malarkey or, alternatively, you realize there’s no point in worrying about your age.

Either way, I’m 30 today and I’ve never been happier. 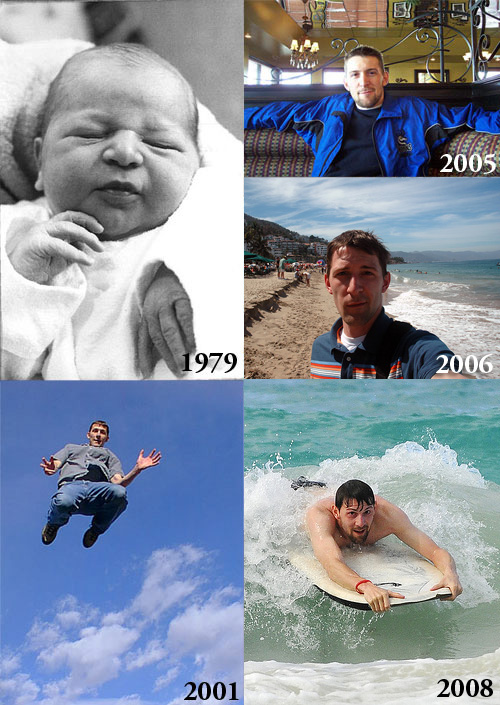 These are a few photos taken on previous birthdays.

My friends Rich and Cindy held a party for me at their place! Thanks guys.

It’s my sister, Jacqueline’s birthday today. I was going to call her, but I realized that she wasn’t going to be home so instead I just sent her and email and dedicated this post to her. That’s right Jack, this is all for you. So what I’m going to do is list some of the things I like about you, Jackie, and some of the things I don’t like.

Things I like about growing up with my kid-sister Jackie:

Things I dislike about growning up with my kid-sister Jackie: