I’ve talked about Richard Dawkins’ documentary The Root of all Evil before, but something I came across the other day which I found very interesting is The Big Picture: Debate on Dawkins’ Root of all Evil.

(Coincidentally my friend Shannon Phillips is one of the producers on Avi’s other show, On The Map.) 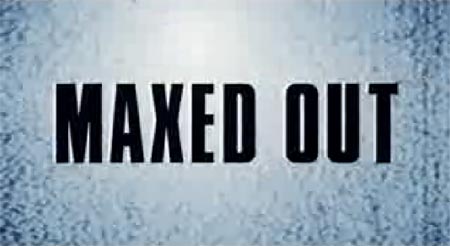 Maxed Out (trailer) is a fascinating documentary about our “credit” culture.

Maxed Out takes viewers on a journey deep inside the American style of debt, where things seem fine as long as the minimum monthly payment arrives on time.

With coverage that spans from small American towns all the way to the White House, the film shows how the modern financial industry really works, explains the true definition of “preferred customer” and tells us why the poor are getting poorer while the rich keep getting richer.

Hilarious, shocking and incisive, Maxed Out paints a picture of a national nightmare which is all too real for most of us. END_OF_DOCUMENT_TOKEN_TO_BE_REPLACED

“After the Warming”, stars James Burke, whom you may remember from the days when TLC actually showed educational television and not just a bunch of reality-tv remixes in various flavors of “how to buy a house”, “how to fix up a house”, “how to flip a house”, or “how to be an cretin while making motorcycles”.

“After the Warming” is like a special edition of Connections (wikipedia) in which we learn how changes in civilization, the weather, and industrialization brought on the current climate crisis we now face.

[“After the Warming” is] an early documentary about global warming. It theorizes and tells facts about the effects global weather has had on our history. It then theorizes a lot more about its effects on our future and especially the way in which we will overcome it’s bad effects. If you don’t mind some, not proofed, theorizing from a reasonably intelligent guy, and are interested in our climate, this is probably a must see.

I found the news clip style predictions of an increase in hurricanes, rising oceans levels, and the devastation of New Orleans particularly chilling. Some of the prediction dates were a bit off, but interesting to think about anyway.

Check out the top ten best 8-bit games as rated by the Game Trailer Countdown. A couple of my favorite 8-bit games, Tetris and Excitebike, didn’t make the cut, but the GT list does have some classics. 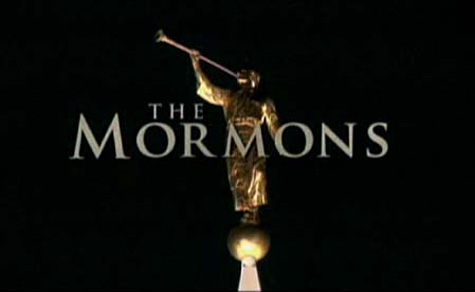 During a seven-week stay in 2005 in Iraq, photojournalist Ed Kashi captured thousands of images that were used in this interesting flip-book style animation, “Iraqi Kurdistan“.

Iraqi Kurdistan is an expansive look into the daily lives of the Kurdish people of northern Iraq. These images provide an alternative perspective on a changing culture, one different from the destruction and discord that dominates so much media coverage of the region.

Here are policemen seated on the floor, eating lunch and laughing, old men taking care of their fields and young girls celebrating at a suburban birthday party.

There is also hardship and tribulation, to be sure; the Iraqi Kurds endured generations of brutality under Saddam Hussein. His genocidal campaigns cost close to 200,000 lives. But as Iraqi Kurdistan documents, the region is mostly peaceful today. The people enjoy more autonomy and women’s rights continue to grow stronger.

Very compelling on a social studies level, but also I also found the images themselves to be fantastic—they are not only beautiful but also capable of stirring a variety of emotions.

I had a hunch he was using a Canon 5D and though I’m still not 100% sure, I saw the Canon logo in one of the photos with a mirror in it. I would love to get myself one of those.

Back in the 60’s and 70’s there was a “Jesus Movement” in the United States where a lot of young people involved in drugs, rock & roll, and the anti-establishment hippie culture found “salvation in Jesus” and turned to writing music centered on Christ. Pretty soon, there were enough people interested in the genre, that in 1979 Creation Festivals were started as an alternative venue to traditional rock concerts.

[..]Creationfest, [is] a four-day Christian rock show-cum-revival held every summer in Eastern Washington where religion, politics, and music collide. It is here that thousands of eager young Christians gather to worship, save souls, and get “Crunk on Christ”. Jesus Freaks takes you deep into the heart of this contemporary Christian culture where religion and rock n’ roll make strange bedfellows. (25 mins)

Quotable quote: “I betcha Jesus can, like, ya know, he’s the baddest b-boy in the world, ya know what I’m saying—he can do the windmill while doing the robot and the electric boogaloo at the same time, ya know.”

Who is the most hated family in America? Well it might just be the Fred Phelps family. As a result of their extremist family religion preaching hatred and intolerance, protesting at the funerals of US soldiers killed in Iraq, and being all around not nice people, nobody seems to like them.

Louis Theroux of the BBC presents the documentary “The Most Hated Family in America” (Wikipedia link).

Fantastic Louis Theroux documentary about homophobic, anti-semitic religious lunatics (Fred Phelps’ Westboro Baptist Church) in the USA. Originally aired on BBC2 (UK). If you can look past the epithets without being offended, it’s a laugh riot. Fred Phelps comes across as REALLY stupid!