I enjoyed reading this Reddit Thread of true facts about Lethbridge that sound fake.

Some of the most interesting facts include:

These similar fact threads for Disneyland and Calgary are also great. 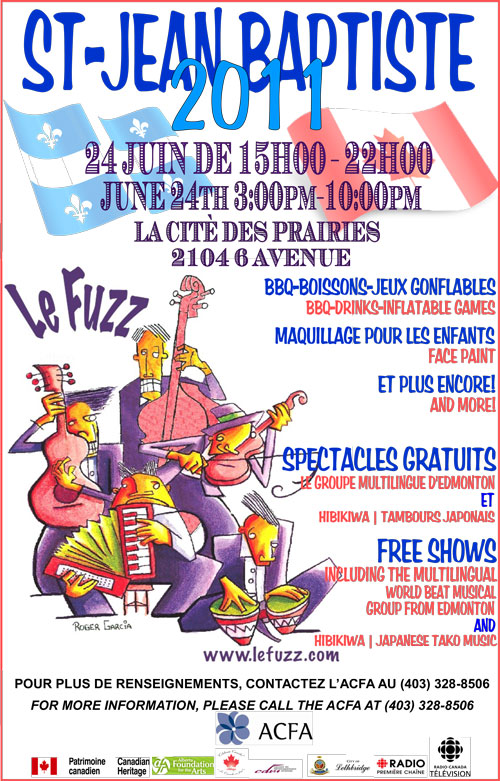 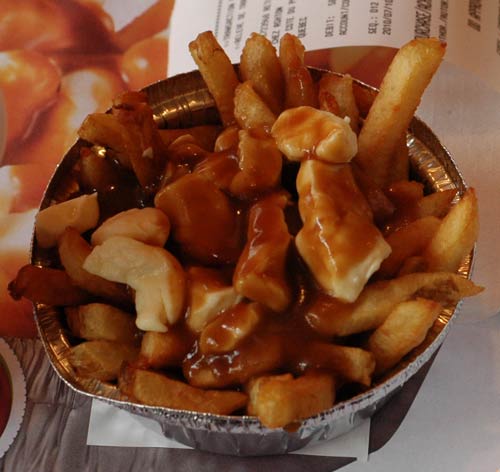 The Olympic torch run is coming through Lethbridge today.

I took some photos and videos at the event: 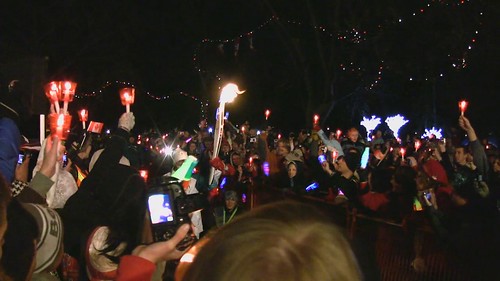 LETHBRIDGE, AB — JANUARY 17, 2010 Jill Quirk, who competed in the World Championship, Pan American & World Student Games Teams, was the final torchbearer and cauldron lighter in Lethbridge. Here she shares the flame with the local community.

Lethbridge is having its 3rd Annual Zombie Walk tomorrow at Galt Gardens at ~6pm. We’ll meet up at Galt Gardens, like we’ve done before,
at 5:30, once gathered we’ll wait until 6 or shortly after 6 for all you stragglers!

Let me reiterate what’s been posted on the wall, you can be any age to participate in the walk and we encourage you under 18 zombie freaks to come out!. It’s only the concert at the Slice afterwards that’s 18+.

The Brains are once again gonna be providing us with entertainment afterwards at the Slice. There is no better band for the occasion! There will be a cover charge of $10 which is more than reasonable for The Brains alone. but we’re lucky zombies this year because we even get our very own Phantom Creeps this year!

Let’s make this one HUGE, tell your friends, tell them to tell their friends.. The Undead will once again wander the streets!

Update: CityTV called me a couple of years ago and I pointed them in the direction of the Zombie Walk. They covered it this year.

Last night was the 2nd annual Lethbridge Zombie Walk. Here are a few photos I captured of the event: I recently attended a forum for local candidates in the provincial election that is taking place tomorrow. I felt a little overwhelmed by my lack of knowledge of current events in the province and also by my confusion over what should make a candidate deserving of my vote.

I have decided not to be apathetic though; I’ve decided to vote for Tom Moffatt of the NDP. I haven’t jumped to this conclusion lightly. Among other reasons, I’m voting for him because the NDP is a party that DOES NOT TAKE corporate donations—EVER. It’s a party for the people, one that has proven it can be trusted.

The other thing I wanted to bring up, is voter apathy. It’s become a big problem here, as in many western countries. My friend Andy wrote an article on the subject, Voting: part of a healthy democratic diet, that has been published in this weeks issue of The Meliorist (the student run paper at the University of Lethbridge). Seriously go read the article, it’s short and it very nicely sums up why people don’t vote, and why it’s important to take part in the selection of our government.

The differences based on the last elections results would be as follows:

Albertans are ready for a new government and if we had a more democratic way of getting the people we want into power, more voters would vote with their hearts and we’d see an even bigger shift away from the PC party.

Here’s hoping more people will vote for the party they believe in, despite a lack of proportional government, in the hope of moving our leadership in the direction the people want.

The city of Lethbridge, Alberta (the place where I live) was featured in a gag on the Simpsons. The Simpson family was watching a show called, “Hunch” and Lethbridge was the “filming location” for the City of New York. 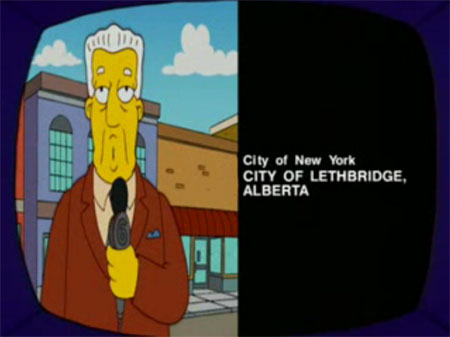 From the episode: 17×22 – Marge and Homer Turn a Couple Play