The Oscar nominations for the 80th annual Academy Awards were released yesterday. The nominations in the class of Best Animated Short Film are: 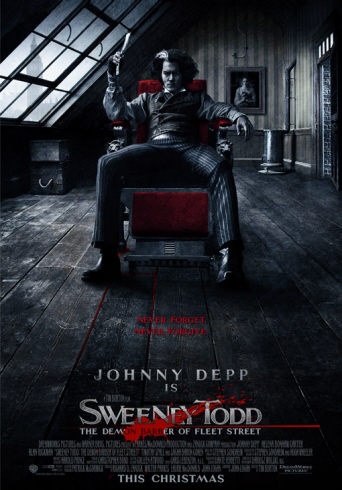 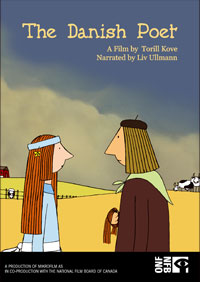 Please enjoy the beautiful Oscar winning animated short, The Danish Poet. It’s done in a very traditional Canadian animation style and has a storyline that will melt even the coldest of hearts.

The Danish Poet, Torill Kove, provided by the National Film Board of Canada

For those of you that missed the Oscars, you can catch some of the great moments on YouTube (at least for the time-being). Here is one that I liked, Will Ferrel, Jack Black, and John C. Reilly singing about the pros and cons of being a comedian in an industry focused on drama.

Well, the embedded video is gone, but you can still find clips for the time being at Oscar.com. Apparently, even those clips will be removed soon—talk about a backward marketing strategy.

I guess they don’t realize, the Oscars want to be free.

MSNBC is running a story about the unethical tactics used in the filming of Borat. One of the victims, Linda Stein, has published an article about her encounter with the guerrilla comedian.

Also relevant is the story of two embarrassed frat boys who in response to this AskMetafilter forum are suing 20th Century Fox, and three other production companies.

I love this teaser for Seinfeld’s new CG animation Bee Movie. It’s based on the premise that the movie was originally live-action and we’re seeing how the shooting was going. 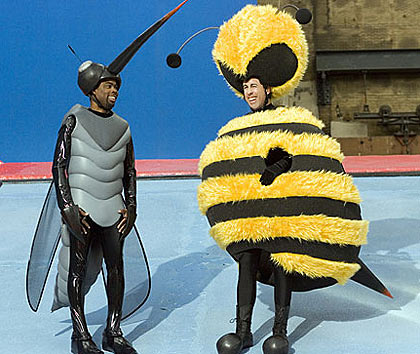 See the trailer on YouTube or USA Today’s article about the ad.

Malcolm Gladwell’s New Yorker piece on predicting box office hits with algorithms relates Hollywood’s efforts to determine the value of a movie when it’s still in script form. The major problem they are facing is that with so many variables it’s hard to tell which elements are helping or hindering box office returns. It seems to boil down to the fact that in the end, “nobody knows anything about anything” or do they? As Gladwell’s works usually are, this one is a tremendously good read.

In the tradition of making movies out of Saturday Morning Cartoons from the 80’s, some folks in Hollywood are producing a feature length live-action Transformers Movie (flash site with teaser).

I haven’t actually decided whether or not I’m going to see this movie, but I’m posting this here because hearing the transforming sounds and seeing my childhood imagination being transformedÂ into reality brought on some great memories and if nothing else, I think we could all use a little science-fiction nostalgia to brighten our day.

Last night I enjoyed watching “La Grande seduction” with my friend—Amber L., (whom is coincidentally from Lethbridge and even works as a lifeguard at my old pool, but whom I only met recently on my trip to Quebec).

The movie was great. It’s about a tiny fishing village on a small island in Quebec where almost all of the residents are on welfare. When a much-needed boost, in the form of a new factory, is promised, providing they can secure a full-time Dr. into taking residence there, the mayor starts a massive recruiting project. The main problem being, the microscopic island doesn’t really have much to offer—so the villagers scheme together to make their little village a tiny piece of heaven for their potential MD, Dr. Lewis by creating an elaborate facade of how wonderful the place is. They even go so far as to tap his phone to “understand him better”; hilarity ensues.

Though it’s actually a French movie, we wimped out and watched it with English subtitles, because the two of us weren’t that confidant in our French skills, but I’d totally watch it again only in French this time. But despite the fact that it’s not in English, I highly recommend it. You might need to look for it under its English name, “Seducing Dr. Lewis”. (Personally I like the French title better). So go out and get it, I promise you won’t regret it.