The US Senate has voted to acquit Donald Trump.

After the vote finished, Mitch McConnell, who voted to acquit, got up and spoke at length about how Trump was directly responsible for the riot. He justified his not guilty vote by saying it was too late now that Trump is out of office.

The Twitterverse had opinions: 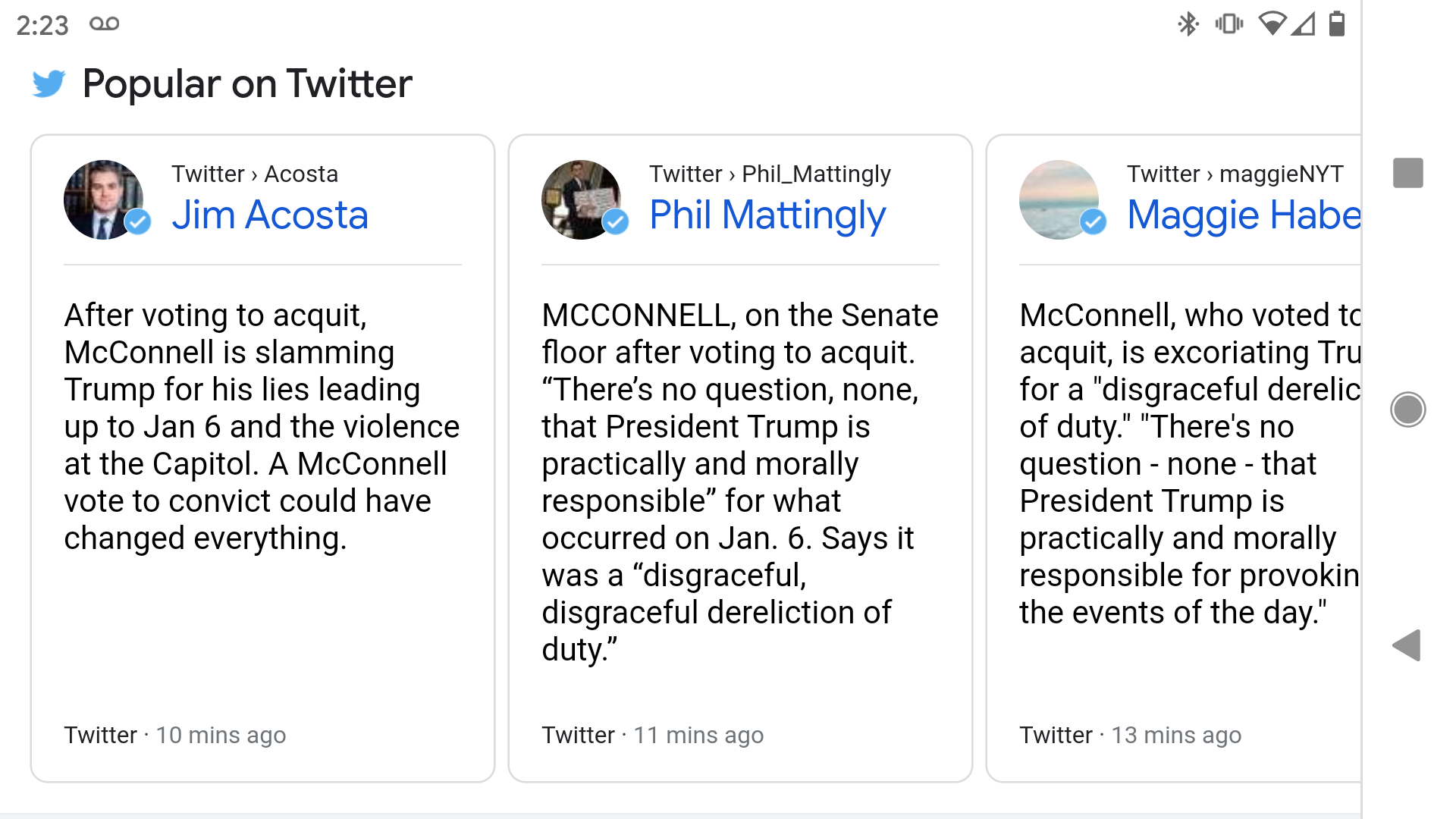 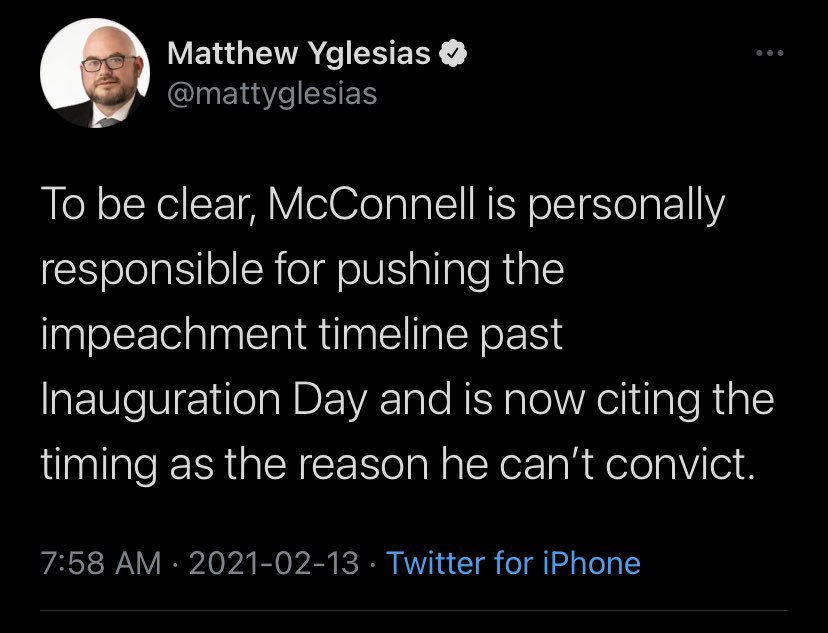 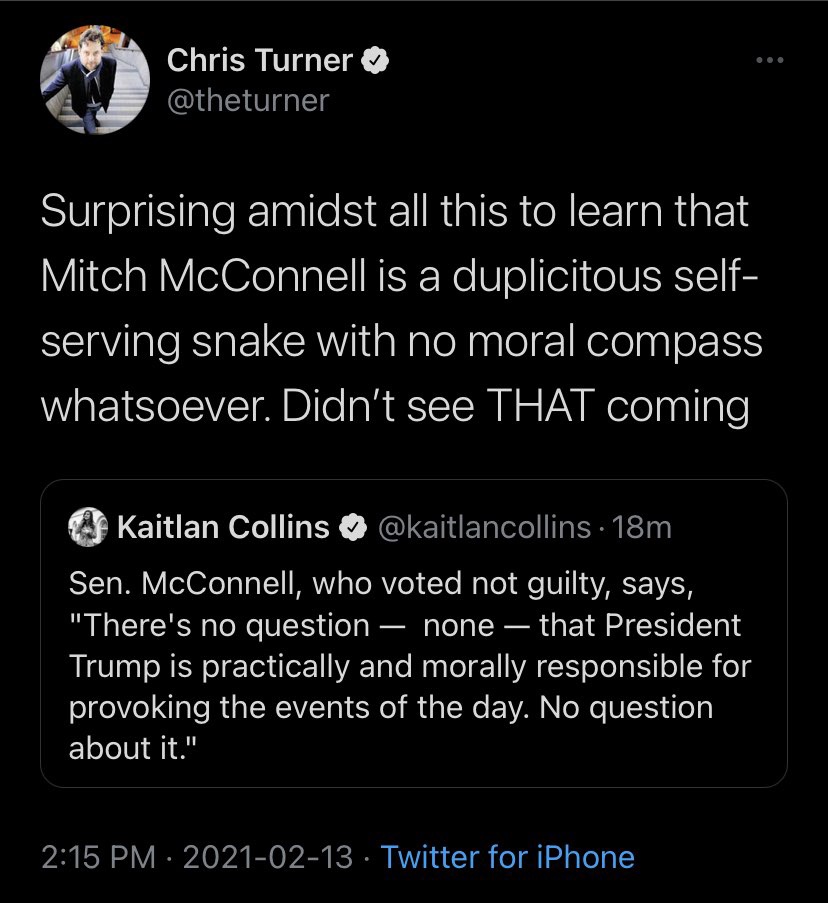 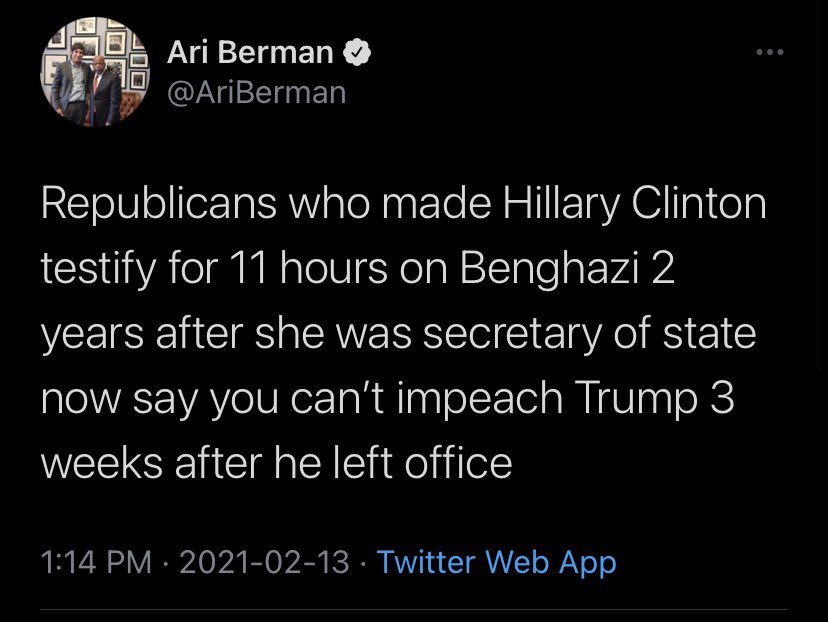 Required reading: author and researcher Kieran Healy on what happened during the mob raid of the U.S. Capitol on Wednesday.

From the moment he knew he’d lost the presidential election, Trump absolutely wanted to get the result overturned. Some large proportion of his own staff and Congressional Republicans thought there was no harm in humoring him. Many surely knew him well enough to realize he was quite serious about it. But most, falling into a way of thinking that Trump has repeatedly benefited from over his entire career, and especially during his Presidency, figured that he could not possibly overcome the weight of institutional and conventional pressure behind the transition of power. Still, by the first week of January he had not relented in his efforts to find some way to do it, whether through bullying local election officials, chasing wild geese through the courts, or directly intimidating state officials. That all failed, or looked like failing. The next thing on the horizon was Electoral College certification.

She points out that she doesn’t have any more information than anyone else following the story, but she does paint a coherent and plausible outline based on the facts we know of what Trump and the Whitehouse might have been thinking. I think this is exactly what happened.

It turns out American Mormons voted for Trump at a much higher rate than other religions. As someone that grew up LDS, I don’t understand how they can stomach such a monster. Here are the statistics: 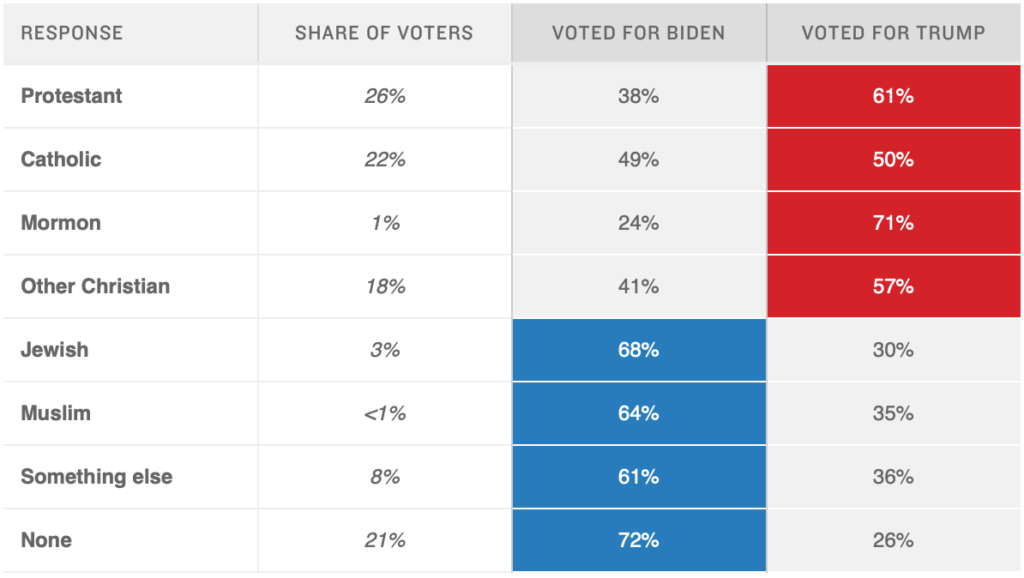 (Look at me, haunted by my past… I wrote this right after the election but never posted it until December 25 and just backdated it to be less conspicuous. Is there anything in this post that I should feel bad about posting? Obviously not, but then why did I feel sheepish?)

This must be tough watching for any Trump apologists and at the same time crazy-making for anyone in North America directly affected by the outbreak here. Trump has continued his repeated, months-long “it’ll just go away” denialism but now with the unprecedented actions of provinces, states, cities and private companies in North America it’s obvious that acknowledgement of the crisis had to happen at some point.

“I can’t tell you what’s going to happen to his blockbuster complaint about the president’s behavior, but I can tell you that the whistle-blower’s college writing instructor would be very proud of him.”

As a writing instructor myself for 20 years, I look at the complaint and see a model of clear writing that offers important lessons for aspiring writers”.

Rosenzweig’s breakdown makes me want to use this an illustrative guide in my classroom.

Now don’t get me wrong, I love Elizabeth Warren and Kamala Harris. But as great as they and the other female candidates are, I think Democrats should be focusing more on a sure-fire nominee who can beat Trump. Electability should be our number one priority, and I’m just not sure if America is ready to embrace a female candidate yet — especially considering that Hillary Clinton only got three million more votes than Donald Trump in 2016.

“Reality TV may seem a world away from real life, but what happens when Donald Trump’s The Apprentice moves in upstairs? Worse, what happens when it seems to be a sham? Keith Hollihan reports with a fascinating account of his life’s surreal intrusions.”

I have only watched one or two episodes of The Apprentice, but as luck would have it I did catch the episode in which the participants had to renovate and rent an apartment in 48 hours. It never occurred to me what the people living below that apartment thought. The people living below were Keith Hollihan, his wife and two children.

“They didn’t care that we couldn’t sleep. This was the Iraqi invasion of reality TV shoots, and we were embedded — whether we liked it or not.”

Keith puts the reality in reality television. If you like the show then you’ll love the article.