I remember one Christmas being certain that I wanted the basic lego set that I saw advertised so that I could build a giant house out of Lego. My older brother, typically, knew better and asked for Space Lego.

Luckily after a short while all the lego got mixed together and I could leave the giant multicoloured lego blocks for the more esthetically pleasing whites, greys, and blues required for intergallactic travel.

Not everyone has given up on the basic blocks:

One man is building the dream, or at least wild fantasy, of many children. James May, a toy fanatic, is constructing a two-story house out of LEGO bricks. He’s using 3 million bricks constructed out of 272 LEGO pieces each. As an added bonus, the house is located in a beautiful vineyard. 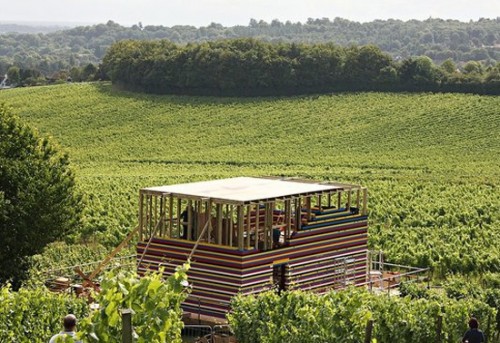 Update: Geek Sugar has a more comprehensive gallery of the place, taken in various stages as it’s being built.
(via)