There are only a few people from my elementary school that I’m still in touch with. One of those people is Eric Bates.

I was friends with him all throughout elementary and high school. In particular, I remember playing around on 3D Studio and a very early version of Photoshop with him in Bobby Salmaso’s drafting class. We were also known to play a networked game of Doom during many lunch hours. He had some pretty advanced 3D modelling skills, even in those days, and I have always been a bit jealous of his talent.

Outside of school we worked on a project together to recreate a map of our high school on Duke Nukem 3D. His attention to detail and the way he constructed complex warping methods around the map to give the illusion of a multi-floored building blew me away. I think he liked my ample use of glass and the way one could simulate an experience of shooting out the windows next to the cafeteria. There was something cathartic about seeing all that shattered glass spray out on the floor.*

Eric and I are still in touch — though not very much now that he lives in Australia. He’s still animating and his latest piece, Sayonara was just featured on Cartoon Brew. Here it is:

Sayonara from Eric Bates on Vimeo.

A short story about two unlikely friends saying goodbye. A young man named Charles just lost his home. He spends one last day with his best friend, a sea turtle, before moving on.

This graduation project was made while at the Kyoto University of Art and Design. It brings together a lot of the research I had done over the three years I spent in Kyoto, and is based abstractly on my own experiences living in Japan. Most of the concepts relate somehow to my experiences, friends, foods, things I saw, and things I felt over this time; in particular the idea of saying goodbye to close friends.

He’s also created a making of video. Fantastic work, Eric. We always knew you were destined for greatness.

*It turns out, simulating shooting up a school in no way makes one actually want to shoot up a school — but if this had been a few years later, we probably would have been too worried about what others thought to make the map.

Carousel is a short film by Adam Berg created around the idea of a frozen moment with cops and robbers engaged in an epic shootout that includes clowns, explosions, a decimated hospital, lots of broken glass, and plenty of bullet casings.

See how clever they were with the title? It’s designed to be played as a loop.

The Vote for Hope video was created at Ursa Minor Arts and Media in San Rafael, CA with chief animator James Curtis, using designs and direction from M.C. Yogi. It’s is an extremely well crafted video funded and supported by grassroots donations.

MC Yogi – Vote For Hope from MC YOGI on Vimeo.

Hit play or watch Vote for Hope on Vimeo.

With the 2008 presidential election, Americans face a pivotal choice between not just two candidates, but two paradigms. We need someone who understands the complexity of our time. Someone who believes in investing in renewable energy, in education, in women’s rights, in civil rights, in healthcare for Americans. Someone who believes in dealing with global issues with diplomacy so we can restore our respect in the world. Barack Obama represents the change we need and can lead us into a brighter future.

Vote For Hope was written to encourage and inspire the hip hop generation and everyone to get involved, and contribute their time, energy, creativity, and other resources to be the change they want to see in the world. We have been inspired by the artistic and musical contributions that have been pouring out across the nation in support of Barack Obama’s campaign. Vote for Hope is our offering to this creative movement. It is our way of adding our small voice to the collective voice of millions of Americans calling for a change.

Good Magazine produced this politically charged, entertaining, and interesting youtube video about the state of the world, our demands for oil, and the dramatic increases to the cost of living in a world thirsty for energy.

If we’re addicted to oil, our twelve-step program should begin with admitting that we have a problem. As the price of oil creeps higher, finding new energy sources is more important than ever. But the search for alternatives, combined with environmental disruptions, is putting new pressures on other essentials like food. There are some things that are going well in the world. Right now, the economy is not one of them. 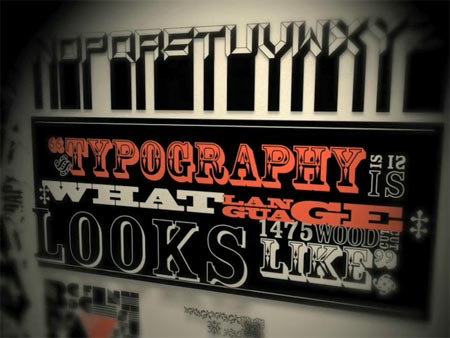 I love watching this kind of thing and wish I was more experienced with compositing.