I’ve had The Mandalorian on the back burner since it first came out and I’m very slowly working my way through the second season. It’s not that it’s a bad show, just that I find myself unable to suspend disbelief enough to ignore the plot manipulation. Maybe that makes it a bad show, I don’t know. Either way, I keep coming back to it.

If you’re familiar with the show then I think you will enjoy these mock lyrics which just happen to address some of the shows failings:

A long time ago, (circa 2010), way before The Mandalorian, LucasFilm began working on a TV series called “Star Wars: Underworld”. After the sale to Disney and due to the high cost of production, the series was put on indefinite hold and then cancelled. Here is some test footage from Stargate Studio that appeared online today (followed by the making-of footage).

Released test footage from 2010 of the cancelled Star Wars TV show “Underworld,” which was to take place in the lower levels of Coruscant. The series was set after the events of Order 66. The video game “1313” was to be a tie-in of this series. Due to the immense cost of shooting the series, as well as the selling of Lucasfilm to Disney, “Underworld” was delayed and eventually cancelled.

This footage was produced by Stargate Studios (whose VFX resume includes Doctor Who, The Walking Dead, The Orville) in partnership with Lucasfilm. The VFX technology displayed in the making-of portion is Stargate Studios’ impressive real-time rendering Virtual Backlot Live technology.

For more information about the concept art, stories, and development of “Underworld,” as well as “1313,” check out this Underworld archive. 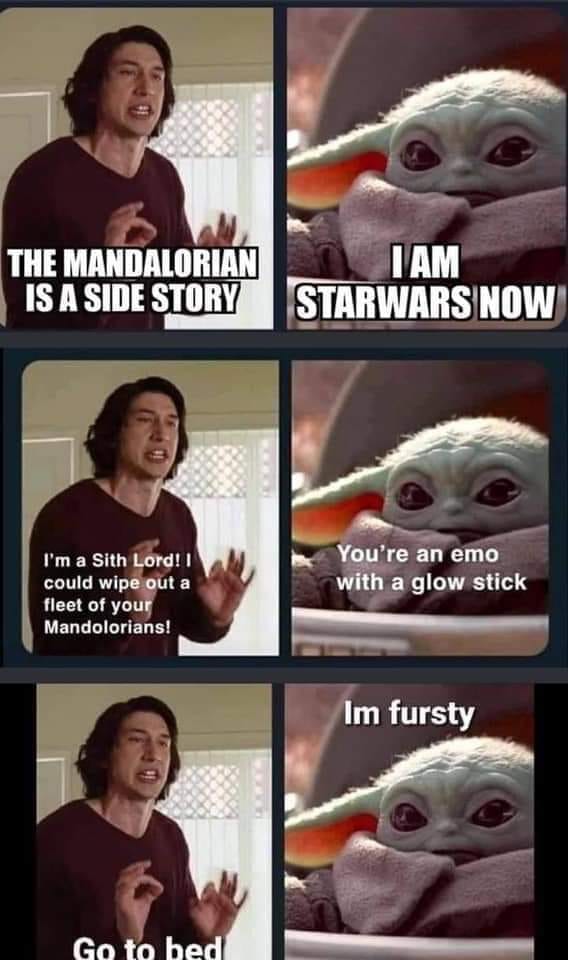 D23 Expo, the largest Disney fan event in the world, celebrates all the wonderful worlds of The Walt Disney Company under one roof, including the best of Disney, Marvel, Pixar, and Star Wars across film, television, theme parks, products, online, music, live entertainment, and more. D23 Expo 2019 marks the sixth biennial Expo held in Anaheim.

Probably a lot more interesting to me is the trailer that was released for the Disney+ exclusive show “Star Wars: The Mandalorian”.

From The Mandalorian entry on Wikipedia:

The Mandalorian is an upcoming American space-opera web television series scheduled to premiere on Disney+ on November 12, 2019. Set in the Star Wars universe, the series will take place a few years after the events of Return of the Jedi and follows a lone Mandalorian gunfighter beyond the reaches of the New Republic.

Here are Saturday and Sunday’s recaps:

I’m really looking forward to the new Solo movie coming out later this month. Having Ron Howard as the director made the perfect opportunity for this Arrested Development Star Wars parody. 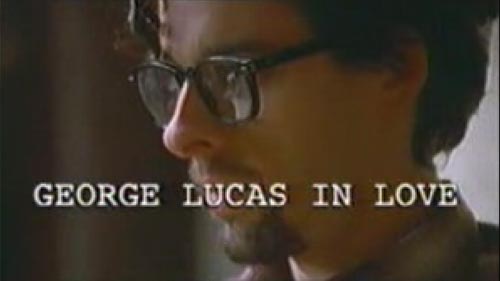 I don’t know how I missed this when it made it’s way onto the internet a couple of years ago, but for those Star Wars fans that have always wondered where he got his inspiration, here it is: George Lucas in Love. (Runtime of 8 minutes 44 seconds on Google Video)

Clever illustration and animation guy Rich Cando created this Simpsons/Star Wars mash-up that I think you’ll enjoy. Accept for maybe a touch of tweaking in the animation itself, I don’t think Groening and crew could have done it much better themselves. 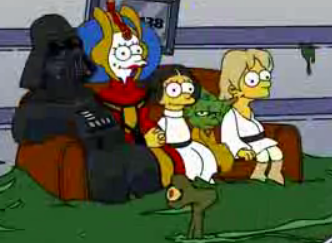 Check out this interesting collection of do-it-yourself papercraft. My favorite is the AT-AT Walkers from Star Wars. 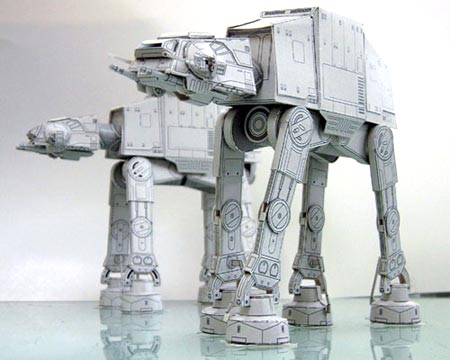 Here is the AT-AT papercraft.pdf (234KB) Todd Franklin of Neato Coolville has posted the recipe to make your very own Death Star cookie from his 30 year old copy of Darth Vader’s Activity Book. When I took a stroll around the presidio while in San Francisco last January, I stumbled upon the LucasFilm compound—the place where they make so many of the world’s great special effects.

Today I came across a humorous Conan O’brien clip in which Conan visits the studio, checks out some of the movie memorabilia and he even gets suited up in mo-cap gear. His tour was a lot more extensive than mine.

It was interesting to see him interacting in some of the places I had photos, like these ones of Darth Vader andBoba Fett. I also got one outside with a similar background of the San Francisco Palace of Fine Arts.